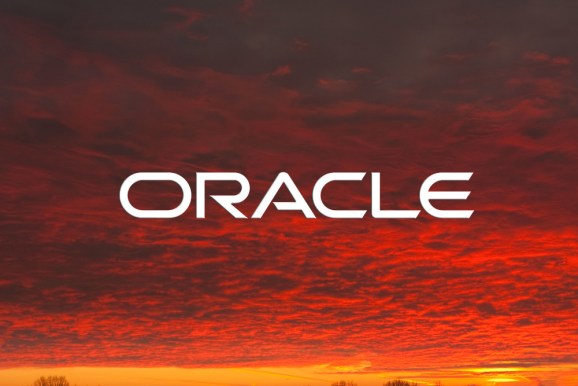 Unlike Sept., when Larry Ellison played hooky from his company’s OpenWorld conference to watch boats, Oracle’s CEO showed up to his company’s earnings call today — and he had mostly positive news to share.

Oracle reported its second quarter fiscal results on Wednesday, revealing a profit of $2.55 billion, down slightly from a $2.58 billion profit over the same period last year. But revenue from the quarter was up 2 percent to $9.3 billion, beating Wall Street expectations of $9.2 billion. The disparity can be attributed to the company’s rising operating costs, which includes a swelling sales budget for Oracle’s cloud services.

“The growth of just our software business is more than double the revenue of Workday,” said Hurd.

Ellison thinks the company will be an especially strong player at the platform level, citing Java as a key strength. And at the infrastructure level, where Oracle offers Database 12c (a multi-tenant database designed for the cloud), the company intends to be “price competitive” with other vendors — Ellison specifically mentioned Amazon, Microsoft Azure, and Rackspace.

Oracle’s goal is to hook its customers at the higher levels of the stack and sell them on the rest of the Oracle cloud ecosystem. But that will take time, cautioned Oracle’s chief financial officer Safra Catz.

“We’ve ramped up the sales organization [for cloud] … but it takes time for that to pay off. And at that point, your expenses are at one level, while your revenues are at another.”

Oracle had previously warned that a 17 percent jump in second quarter revenue last year from new software sales would make it difficult for the company to demonstrate revenue growth this quarter. Catz called it a tough compare, but said the company is pleased with its results during this latest period. The market echoed that sentiment: At the time of publication, Oracle’s stock is up nearly 1.4 percent in after hours trading at $35.07.

Oracle has a long way to go before it becomes competitive with the major cloud vendors, though. On the infrastructure level, it’s substantially late to the market, which is currently dominated by Amazon Web Services. But Oracle’s SaaS and PaaS customers may want to run their cloud infrastructure on Oracle’s databases, too — that’s Ellison’s theory, anyway. And if that fails, the company can always fall back on its regular database and engineered systems sectors, where it also expects to see solid growth in the coming quarters.