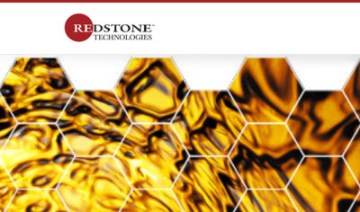 Above: Redstone uses a honeycomb architecture.

What Redstone plans to do

Redstone plans to license this engine, in the form of a custom chip component known as an application-specific integrated circuit (ASIC), to all major technology companies.

While wiring a metropolitan region can take years with wired rollouts to individual homes, Redstone says it will be able to cover a whole region with wireless Internet in a matter of a few weeks.

Tsuruda said that the technology is based on a “new harmony” of the fundamental physical properties of digital signaling, creating an efficiency in the transmission of “1s” and “0s,” the fundamental digital bits of information. That gives it access to a much wider range of the wireless spectrum, which was previously deemed unusable for digital communications.

Redstone changes how signals are modulated, or encoded for transmission through a wireless network; and demodulated, or received. In doing so, Redstone says it can drastically improve how much spectrum and power are required to transmit a signal. It provides so much additional broadband bandwidth for a given cost that it is a lot easier to send movies, games, and other rich media through a wireless network. And it won’t burn up the battery on your smartphone, the company claims.

Few technical details are available to those who haven’t signed a nondisclosure agreement. But Redstone says its wireless architecture can accurately be described as a honeycomb, an organic network where nodes intersect each other in all directions. That means the data can travel in a variety of ways to get around bottlenecks, much as it does in wired Internet routing. A benefit of this architecture is flexibility. A cell full of wireless users can be expanded on demand based on usage, subscribers, and other engineering requirements.

If Redstone works, the days of buried cable, cell towers, and long miles of copper wire may soon be over — along with the high costs of installing such systems.

High-speed Internet can currently work over fiberoptic cables at speeds up to a gigabit per second or more. That technology is often used in the Internet backbone to handle the heaviest traffic between major connection points. But it has taken a long time to bring fiber to the home. And it takes a lot of effort to get an entire city wired to the Internet at gigabit speeds.

For example, over the past two years, Google has built a fiberoptic network in Kansas City at a cost of about $94 million, according to Bernstein Research. It provides Internet access to 149,000 households. Redstone claims that it can cover the same number of households for a fraction of this cost and complete the deployment of equipment in a matter of weeks.

Tsuruda said that Redstone can provide 300 megabit per second (lower than the peak capacity of 1 gigabit per second and more than the single-port capacity of 250 megabits per second) wireless networking at a cost of $560 per square kilometer covered, with operating costs per year of $224. By comparison, WiMax wireless networking technology can deliver 300 megabits per second across a square kilometer for $485,000 in capital costs and $227,950 in operating costs. With Wi-Fi technology, the cost is $96,700 in capital costs and $38,680 in operating costs, according to Tsuruda.

That’s an astounding difference, and if it’s true, this means that Redstone’s wireless data networking could beat out wired data networking. With 250 megabits per second of wireless bandwidth, Redstone says it compares favorably to 4G wireless networks that operate at up to 100 megabits per second under the best conditions today. Moreover, with more users, the wireless networks slow down. Redstone’s value proposition lies in its dedicated bandwidth, which can support any number of users. This type of unshared bandwidth has never been offered before on this scale for mobile Internet users.

Tsuruda also points out that you can get by with 80 percent less power consumption, which translates to additional operating savings for network operators. It is a “green” technology in that it reduces power usage for both operators and end-users, and extends the life of batteries and devices, lowering the carbon footprint of businesses and users.

When will consumers use it?

If there’s a shred of truth to this technology, it will have some major near-term impacts.

Ordinary consumers and businesses will be able to set up Redstone Phy networks and deliver Internet access much more easily than before. The company is working on early adopter partnerships with seven vertical industries. Each partner will have exclusive access to Redstone’s wireless gigabit technology for a period of two years. During that two-year cycle, the partner will have a headstart in their particular vertical sector.

Tsuruda said that the program will have three phases. In the first five months, partners can engineer Redstone’s technology into their product lines. In the next eight months, they can field test the tech. The last phase is for final preparation for deployment.

Redstone is also working on something for nonprofits. It’s a founding member of the Global Gigabit Alliance. Launching early next year, the alliance will provide a platform of information, training, tools, and an interactive community to support the industry’s migration to wireless gigabit networking.

Redstone will preview its technology to a select group of application developers and partners in the spring, according to Tsuruda.

As for its work with the military, Redstone can’t talk about it.

President Barack Obama has made it a priority to bring low-cost, high-speed Internet access to Americans. The administration, in partnership with the Federal Communications Commission (FCC), has spearheaded an initiative called ConnectEd to bring broadband to schools.

Tsuruda says that schools and universities will benefit from Redstone’s technology, if and when it hits the market. It’s not just school districts in the United States, but in remote corners of the world where Internet access is spotty at best, who stand to benefit.

Other sectors that could do well with cheap, low-power wireless: medical device manufacturers, travel, gaming, advertising, health care, and even space. Chronically ill patients could wear bracelets that are constantly connected, monitoring their key body metrics and alerting doctors if there’s trouble. Travelers might soon access high-speed Internet on transatlantic flights instead of pokey Wi-Fi. After natural disasters, cities would be assured that they would not lose access to a vital communications medium.

In fact, it would be a challenge to pinpoint an industry that would be unaffected by wireless technology this fast, this cheap, and this power-efficient.

“We could reach into a country where they have never seen technology, like a village in the Congo,” said Tsuruda, his excitement mounting. “We could help bring welfare services [and] health services to these places, and open up human interaction.”

Anderson said he is also fascinated with what the world’s entertainment leaders will do with the technology, as it will allow them to execute the full vision of their entertainment ideas.

“It’s not about the speed here,” he said. “It’s about the end user’s experience. It has to be different, other than getting more speed.”

Of course, before it gets there, Redstone will need to deliver on its promises. We’ll be following this company closely as it gets closer to its promised demonstration in the spring.