Susan Cohen is the founder and Chair of Immigration Practice for law firm Mintz Levin.

The U.S. market is a magnet for foreign entrepreneurs. Yet the U.S. immigration system throws up roadblocks to entrepreneurs. There is no “startup” visa, and the visa options that exist are unwieldy and often impractical.

Contrast that with the Chilean government’s Start-up Chile program. Nicholas Shea, a Stanford MBA and a Chilean citizen, began this program in 2010, when he realized that there were no viable visa options for the Chilean friends he wanted to start a company with in Silicon Valley. Since 2010, the Start-up Chile program has awarded over 1,000 startup visas and millions of dollars of funding to those who win the country’s business plan competition.

Although the program is very competitive and it’s difficult to win one of these Chilean startup visas, the lucky winners are treated to a first class incubation program. Under the watchful eye of current director Horacio Melo, they are showered with attention,  mentoring, business development guidance, non-stop networking opportunities, and access to potential investors.

The current group includes entrepreneurs from all over the world, including India, Australia, Canada, Greece, France, the U.S., and of course Chile. Their business concepts run the gamut: e-commerce, software, mobile and wireless, social media, medical devices. and more. Some of the visa winners are seasoned businesspeople and some are young, first-time entrepreneurs with a great business concept. While the group is very diverse, they uniformly seem to feel great appreciation for the program and the opportunities the Chilean government is providing to them.

As an immigration lawyer, I am particularly interested in this program, and I visited its headquarters in Santiago in November. I was struck by several things.

One was the focus of the program; participants are required to spend at least six months in residence to develop and hone their business plan. But the entrepreneurs can establish their companies outside of Chile. The Chilean government and the program administrators see it as a net benefit for the Chilean business environment if entrepreneurs and innovators simply spend time in Santiago incubating their companies. Over time, this spirit of entrepreneurship and innovation cannot help but seep into the greater society.

I was also struck by the variety of nationalities represented by the budding entrepreneurs who have been lucky enough to “win” a Start-up Chile visa. When you walk through the bustling Start-up Chile office, which bears a strong resemblance to many incubators in the U.S., and see young people from over 37 countries sitting side by side, working together, inspiring and helping each other, you feel optimistic about the future.

Yet my enthusiasm for this program runs up against the reality of U.S. immigration law. Scores of the entrepreneurs I met want to set up their businesses in the U.S., drawn by its large and vibrant market. But I had to tell each of these foreign entrepreneurs that sadly the U.S.’s “Start-up Visa Act” has never gone anywhere, and the Comprehensive Immigration Reform bill that contained similar provisions also seems to have died a slow death in 2013.

What we have now is the same tired, limited work visa options for entrepreneurs that have been in place in the U.S. for years. A good immigration lawyer can find a way to come up with a visa option if an entrepreneur is patient and able to structure his or her company to “fit” one of the existing visas. But this typically involves fitting a square peg into a round hole.

Nick Shea’s instincts were right: The U.S. simply does not offer visas that are “entrepreneur-friendly.” Chile is not alone in recognizing that it is in a country’s best interests to be open to foreign entrepreneurs and that the U.S. visa system is not friendly to foreign entrepreneurs. Similar programs have sprung up in the UK, Canada, Australia, and Singapore.

As excited and stimulated as I was to watch the Start-up Chile program in action, I was equally sad that its existence reflects a shortcoming in U.S. immigration law. Many companies being incubated by Start-up Chile will be successful. Of these, a good number will seek to establish operations in the U.S. but will be thwarted by the lack of viable visa options. As a consequence, these dynamic new firms will set up in another country. 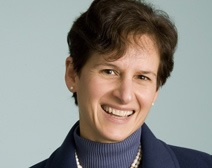 Susan was involved in contributing to the US Citizenship and Immigration Services (USCIS) regulations implementing the Immigration Act of 1990, the Department of Labor regulations implementing changes to the H-1B visa category as a result of the American Competitiveness and Workforce Improvement Act of 1998, and the Department of Labor PERM labor certification regulations issued in 2004. She has won awards for her political asylum work from the Supreme Judicial Court of Massachusetts, the Political Asylum/Immigration Representation (PAIR) Project, the Massachusetts Lawyers Weekly, and Mintz Levin.