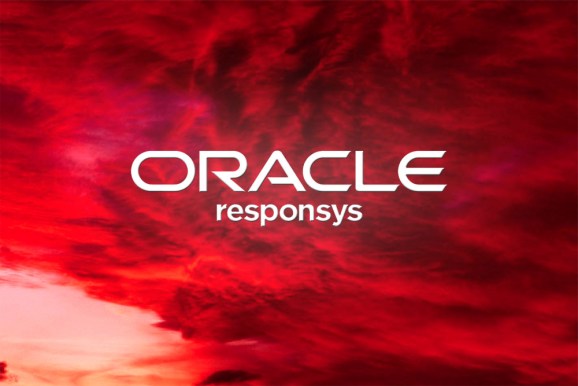 Oracle announced the deal earlier today. It should close in the first half of next year.

With Responsys, marketers can design customized messaging for potential customers based on information available about them and then deliver that message through whichever media is most likely to get the desired response — email, ads on websites, text messages, social media ads, and so on.

The technology mainly markets to consumers, not businesses. Oracle already has technology for business-to-business marketing by way of its Eloqua buy.

“By bringing together Responsys and Oracle Eloqua in the Marketing Cloud, for the first time CMOs that support industries with B2C or B2B business models will be equipped to drive exceptional customer experiences across marketing interactions and throughout the customer lifecycle from a single platform,” Oracle said in the press release.

Responsys itself has made a few acquisitions over the years, including Loyalty Matrix and Inbox Marketing.

Marketing automation has becoming a high-profile sector. Marketo went public in 2013. Oracle bought Eloqua for $871 million in 2012, and it’s only natural for Oracle to connect Eloqua and Responsys in its so-called marketing cloud, just as Salesforce is pushing its own with the help of ExactTarget’s technology. Meanwhile Adobe is also promoting its software with the marketing-cloud label stuck on it.

These vendors and others in marketing like to point to research firm Gartner’s prediction that by 2017, the chief marketing officer will spend more on technology than the chief information officer.

That meme was on the mind of Mike Schuh, a general partner at Foundation Capital and one of the first investors in Responsys, as he explained why he thought the acquisition makes sense in an interview this morning with VentureBeat.

ExactTarget was a company that often came up as Responsys was trying to close deals, Schuh said. Other companies are “either ankle biters or they’re not attempting to serve the market we serve,” he said. Once the deal closes, Oracle will have some level of feature parity.

“What Oracle wants to do is use Repsonsys and its executive team to be the binding element for their cloud marketing offering,” Schuh said, referring to leaders including Responsys chief executive Dan Springer. He joined the company in 2004. Back then, the business focused on email marketing. Recruiting Springer “made a world of difference,” Schuh said.

The company had cycled through four chief executives in three years before appointing Springer, according to Greg Gretsch, the managing director at Sigma West, who decided to back the company in 2001.

By the end of that year, the company “was off track,” Gretsch said, according to a transcript of his comments that a spokeswoman provided in an email to VentureBeat. “… For essentially three years, they didn’t sell to new customers. But the recurring revenue of SaaS (software-as-a-service) kept them afloat.” The company began working on a turnaround.

“When Dan came on, it took 18 months before they were able to get the business growing again,” Gretsch said. “… They started growing slowly at first, then more quickly, [then] went public [in] 2011.”

Gretsch takes that sort of achievement as more proof that “making money in VC is all about the people,” he said.

But for Schuh, proven leadership and the CMO-CIO bit aren’t the only justifications for the deal. He also thought there could be opportunities for Oracle to enrich its capabilities around customer relationship management, which has been the runaway product for Salesforce.

“If you’ve got a CRM offering, it’s a natural adjunct,” Schuh said of Responsys’ capabilities.

To put the $1.5 billion purchase price into perspective, Oracle just announced quarterly income of $2.55 billion. Business Insider speculated that Oracle paid around up to $500 million for BigMachines, the configure-price-quote software company.

Finally, like many other companies, Oracle has high hopes as a cloud software vendor, as VentureBeat’s Eric Blattberg pointed out this week, while hardware might be a tough go as more companies look to lesser known vendors such as Quanta for cheaper data center equipment. So splurging on new software functionality could make more sense at this point than shelling out for new souped-up hardware.