The U.S. House of Representatives recently passed H.R. 3309, the so-called “Innovation Act.” In reality, it is patent legislation that could dramatically diminish the protection given to inventions, and thus negatively impact our economic future and our country’s ability to lead the world in innovation. And Congress passed the legislation in just 43 days, not enough time to truly understand its impact.

Shockingly, not a single inventor was asked to testify before the House before it acted, which is disturbing for several reasons. Inventors’ creativity is the starting point and sine qua non of innovation. Inventors’ livelihoods will be directly impacted by the legislation.

Patents are the reason innovation exists — inventors who envision a breakthrough technology have the incentive to create along with the assurance that their intellectual property would be protected, and ultimately, that their hard work and sacrifice up front would be compensated if their vision proved to be successful.

The very existence of patents is the reason I took a chance on investing many years of effort in inventing 4G wireless at Clarity, co-inventing much of the key WiFi technology we use today at Airgo, and, at my latest company ItsOn, co-inventing even newer technology called Network Function Virtualization that makes cell phone services far more flexible and affordable to individuals, families and businesses­­­. Without defensible patents, there is no assurance that my inventions would be safeguarded or that our employees and investors would see a good return on many years of labor and tens of millions in dollars of capital investment.

Our constitution gave Congress the power to promote the progress of science and useful arts by securing for inventors the exclusive right to their discoveries for limited times.

But instead of focusing on the needs and views of inventors, Congress has allowed the debate to be dominated by the voices of a handful of secondary actors — huge corporations that have amassed vast numbers of patents assigned to them by inventors. Inventors are humans; corporations are not. Inventors create; corporations proliferate goods and services. Both are needed in our innovation-driven economy, but one should not drown out the other.

Now the U.S. Senate is taking up legislation that will water down patent protections, and there are early indications they will do so at a similarly feverish pace — once again without hearing from inventors. Before the Senate makes the same mistake as the House, let’s stop and consider what is at stake.

It’s hard to imagine a world where innovation is not protected — a time when inventors see only obstacles to creation instead of the technological possibilities that lie over the horizon. Yet without a strong patent protection system, there will be no incentive to change the course of history. Instead, for the first time, our patent laws will be promoting a stagnant economy that is seemingly forever satisfied with the status quo.

I have spent my career inventing, work that led to widespread improvements in wireless communication through three successful companies. A strong patent system is essential for inventors like me to continue our labors, which we hope will result in more benefits to society in the future. Without strong patent protection, useful inventions will be copied without recourse, and the investment capital needed to commercialize inventions will quickly dry up.

Our nation will be disserved unless Congress allows inventors’ voices and concerns to be fully heard and weighed before key elements of patent law are changed that might do great harm to the foundations of our innovation economy. 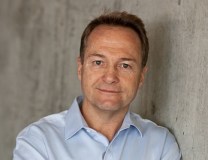