You know how it is: Some games are good, some are bad, and some are too weird or embarrassing to ever admit to playing.

This year saw its fair share of freaks and oddballs. You’ve probably played at least one — they’re kind of hard to forget.

Below are the strangest games that developers thought (and dared) to create in 2013. We’re sure we missed some. Let us know about the weirdest thing you played this year in the comments. 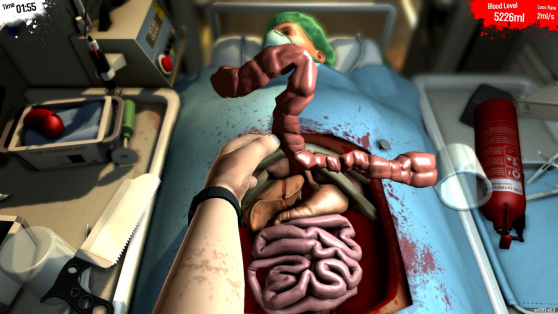 Ah, yes. Nothing’s more comforting than showing the future doctors of the world the joys of clumsily playing around in someone’s chest cavity. Lose a surgical knife in Bob’s heart? No worries, friend! Just take out his heart and — whoops, did you drop that on the floor? Oh, well. Maybe the patient won’t notice.

Let’s hope anyone who plays Surgeon Simulator 2013 stays a gamer and doesn’t suddenly decide to apply to medical school.

The Typing of the Dead: Overkill 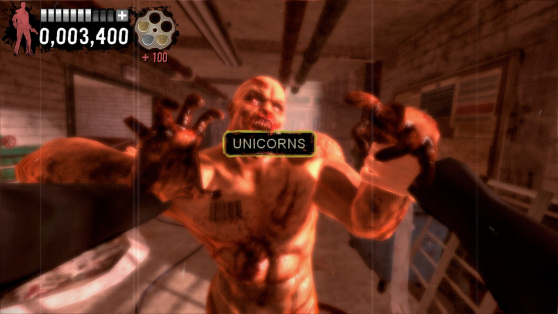 Above: A zombie’s greatest weakness.

I’m not sure what prompted Sega to release a follow-up to the early 2000s Dreamcast and PC “edutainment” game The Typing of the Dead, which taught people how to type by having them spell out words and phrases to kill zombies, but it finally did a few months ago. We never got The Typing of the Dead 2 or Flick of the Dead for iOS over here, so maybe it was only a matter of time.

The Typing of the Dead: Overkill is as weird as the original: As long as you can hammer out “unicorns” and “Jolly Roger” with great speed and accuracy, you’ll be safe when the zombie apocalypse hits. … Maybe you shouldn’t put too much stock in that, though. 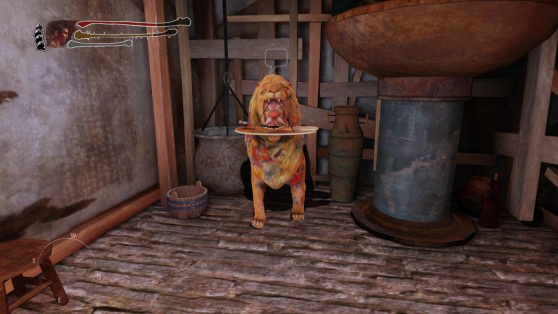 Above: He’s not big on the talking.

First-person brawlers are pretty rare. So are games about a brother and sister who fight to protect their imprisoned FatherMother, who stole them from their crib and raised them as its own.

But no part of Zeno Clash 2 is as odd as its surrealist imagery: giant dandelions strewn across a meadow, walking anatomy models with no heads and visible spines, animal-human hybrids, and creatures (like the one pictured above) that are so odd they elude description. 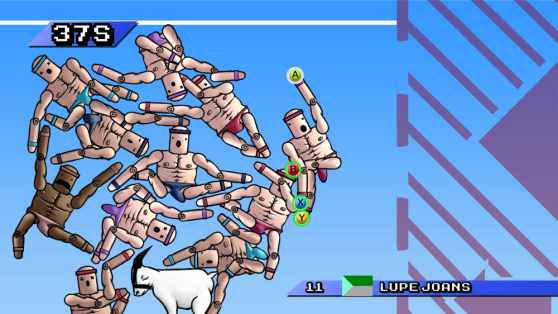 Above: Don’t look too closely.

Yes, this actually exists on Xbox Live Indie Games — and now that you know about it, you probably need a shower. Described as a “fiercely competitive sporting event” (erm), Mount Your Friends is exactly what you think it is: a game where you try to stack half-naked and weirdly perverse jiggly people on top of a goat.

What? You weren’t thinking of that and could have done without the mental image? My bad. 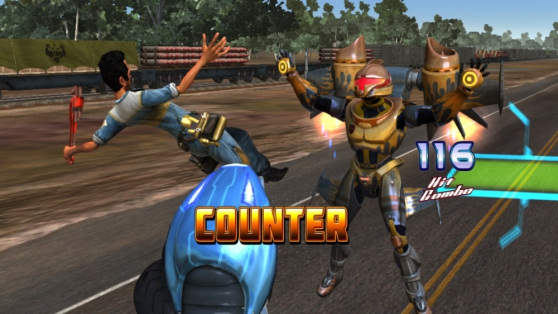 Above: Your fists go where the motorcycle says.

It’s normal, to some extent, to humanize our favorite machines. Your car, she’s been good to you all these years. And your motorcycle? She’s your baby.

But I.R.I.S. is a little different. She’s trained in unarmed combat, can speak 50 languages, and uses a mechanic (actor Freddie Rodriguez) as a human weapon. That’s because LocoCycle isn’t a normal motorcycle-racing game. Not when its main vehicle is sentient and a graduate of the Big Arms Academy’s School of Assassination.

Add in wacky live-action sequences, and it’s no wonder our editor-in-chief, Dan “Shoe” Hsu, was perturbed: “I was so confused for the first 10 minutes playing this game.” 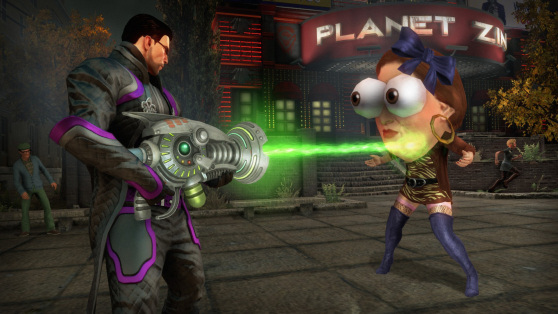 Above: This … speaks for itself.

The Saints Row series is known for being all-around extreme and hilarious (some of which you can attribute to glitches), and Saints Row IV is no exception. When you can put on ridiculous outfits, wield extraterrestrial technology, and kill people with mental powers all in one game, things are going to get nuts. And that’s before amateur strip night. 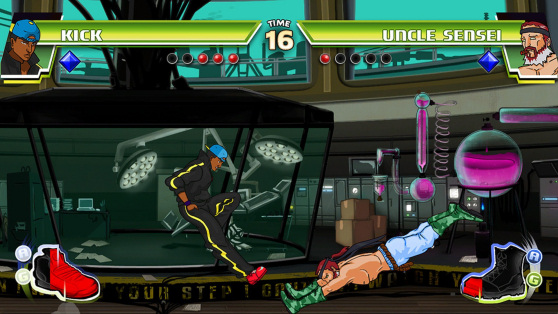 Above: No shoes, no fight.

Fighting games can be pretty quirky, but Divekick is on a separate level. Players can only perform two main actions: dive and kick. One hit kills, which means some rounds will last seconds while others will go on until the timer expires for fear of anyone making a wrong move.

Either way, it’s funny to watch. The characters are all parodies of tournament players or characters from other titles, but even if you don’t get the humor, you’ll shake your head and laugh at how bizarre it all is. (One contender, Uncle Sensei, technically fights with his hands, but hey — he wears boots on them.)

Stick It to the Man 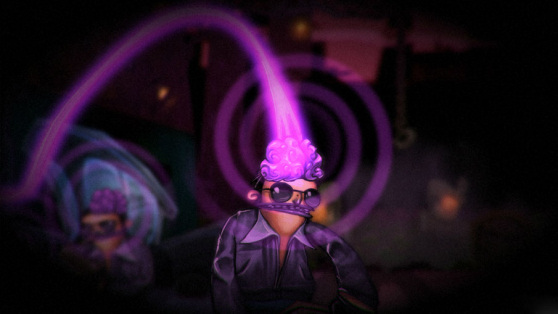 Above: Groping brains is something you’ll do a lot of in Stick It to the Man.

If you think you can read people’s minds, you’re probably crazy or on a bad drug trip. For Ray, he just so happened to get hit in the noggin’ and now has an alien slug creature living in his brain.

He could probably have a pretty good quality of life even with that thing crawling around in there if it wasn’t for the pink spaghetti-like arm sprouting from the top of his head. Thankfully, only he can see it … which means everyone thinks he’s gone nuts. But the unwelcome takeover of his brain comes with some benefits: the ability to read people’s thoughts (which are really odd) and grab and swing from objects in a two-dimensional world made of paper cut-outs and stickers. 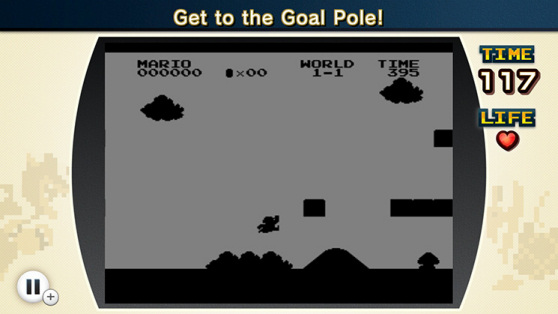 Above: Mario is a lot different when everything’s a shadow.

Nintendo surprised us this month when it announced NES Remix on the Wii U eShop — and released it the same day. It’s an unexpected collection of 16 games from the Nintendo Entertainment System.

But this is no normal compilation. NES Remix turns each classic, like Super Mario Bros. and Ice Climbers, into a series of rapid-fire challenges. Players complete tasks as simple as reaching the finish line in Excitebike or as tricky as jumping over 10 barrels in Donkey Kong. 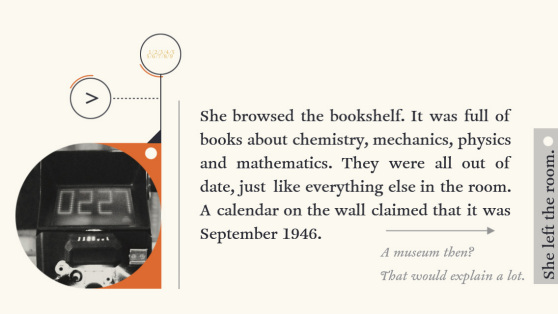 Above: Clues can be hiding in plain sight.

One of the best mobile games of the year is also one of the most unusual. In Device 6, the puzzles themselves are hidden.

You play as an amnesiac named Anna, who wakes up on a mysterious island. The adventure unfolds through words, images, and video: The text scrolls left when she does; the words spill downward when she descends a staircase. Other times, you’ll need to turn the device to continue reading or hold messages up to a mirror. Device 6 is playful and creative — and you probably haven’t experienced anything quite like it before.