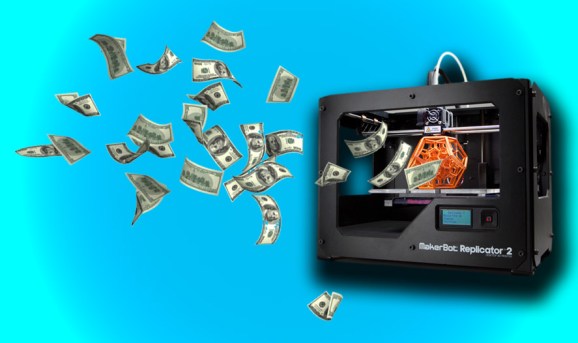 Between big-bill acquisitions, surging stock prices, and major interest from investors, this was a year of financial success for the industry. Newbies entered the market, big companies got bigger, and some of the word’s biggest brands finally got interested.

So you might say this was a pretty successful year for 3D printing — not just as a technology but also as a bona fide, near-mainstream industry. Here are a few of the bigger financial highlights. 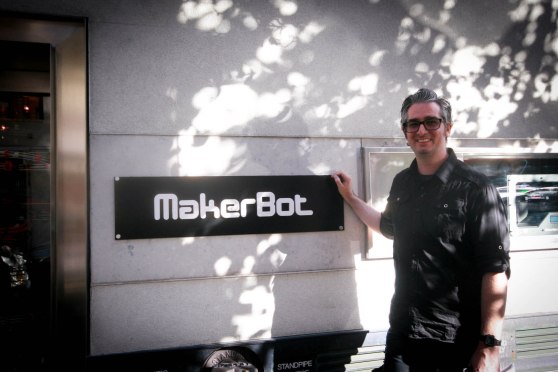 Above: MakerBot made some major moves this year.

Undoubtedly the biggest news of the year for 3D printing came from MakerBot, which 3D printing giant Stratasys acquired for $600 million back in June. While the move seemed to many people a very transparent sellout by MakerBot CEO Pettis, he said the move was a part of MakerBot’s core mission to get 3D printers on the desks of more people.

Considering that the move came just months before MakerBot announced its effort to put a 3D printer in every school, we’ll give Pettis the benefit of the doubt.

Above: A few of Shapeways’s creations.

At the same time as MakerBot was courting Stratasys, smaller 3D printing upstarts were getting some love, too — from the venture capital world. The most notable of these companies was Shapeways, the New York-based 3D printing marketplace, which raised $30 million in April thanks to Andreessen Horowitz and Chris Dixon.

Shapeways wasn’t the only 3D printing company that attracted investor attention this year. In October, 3D printer maker Formlabs raised $19 million to help with the rollout of its Form Lab 1 printer, which it plans to ship next February.

3D printing gets crowdfunded in a big way

Above: The 3Doodler is tiny but powerful.

2013 was a tremendously successful year for 3D printers on Kickstarter. Products like the 3Doodler ($2.3 million), the Buccaneer (nearly $1.5 million), and Peachy Printer ($650,000) vastly overshot their funding goals and proved that Kickstarter is still a powerful platform for getting complicated hardware projects off the ground. We fully expect 2014 to bring us a whole new crop of crowdfunded 3D printing projects. 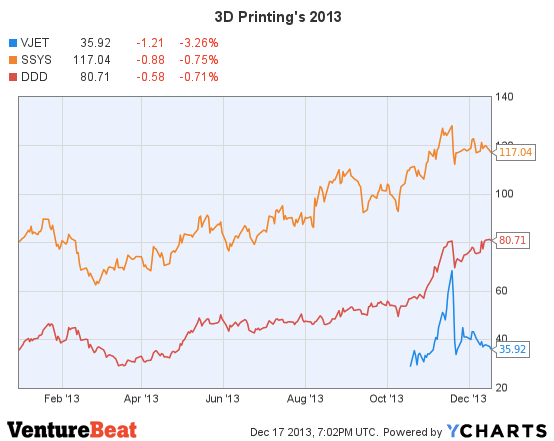 As 3D printing startups grew, so too did their larger counterparts. 3D Systems, the one of the two giants of 3D printing, saw its stock price (DDD) shoot up by more than 100 percent over the past year. It’s also been particularly acquisition-hungry, sucking up a smaller 3D printing company just about every other month.

A look at Stratasys (SSYS) tells the same tale. Alongside its big acquisitions, the company’s own stock price climbed by 66 percent over the past 12 months. Large-scale printing company Voxeljet ($VJET) has also been holding steady in its first few months as a public company.

Above: A 3D-printed “mini me” from a Coca-Cola campaign in Israel.

2013 was year that big brands finally discovered what 3D printing can do for their marketing. Consider Coca-C0la, which used 3D printing to give customers miniature versions of themselves, or Disney, which took the same approach with 3D printed Imperial Stormtroopers for park visitors. Victoria’s Secret brought 3D printing into the fashion world via a partnership with Shapeways, and Neiman Marcus pushed it into jewelry when it started selling 3D printed items in its stores.

Even big retailers have signed on: In the retail world, both Staples and Office Depot announced their plans to sell 3D printers in their stores. Online, Amazon opened a section of its site dedicated just to 3D printing.

Hollywood, too, got involved via films: The Hobbit and Enders Game both showed pretty clearly that 3D printing can be a friend to Hollywood.

Microsoft signs on, too

Above: Microsoft is all over 3D printing.

Fewer votes of confidence for 3D printing were more significant this year than Microsoft’s, which not only added native support for 3D printing to Windows 8.1 but also said would  sell devices like the MakerBot Replicator and the 3D Systems Cube in its retail and online stores.

Both of those moves are huge for the 3D printing ecosystem, which Microsoft is trying to simplify and standardize in a way no company has managed to do so far. In other words, if you’re a 3D designer or entrepreneur, Microsoft is making a strong case for Windows to be your operating system of choice.