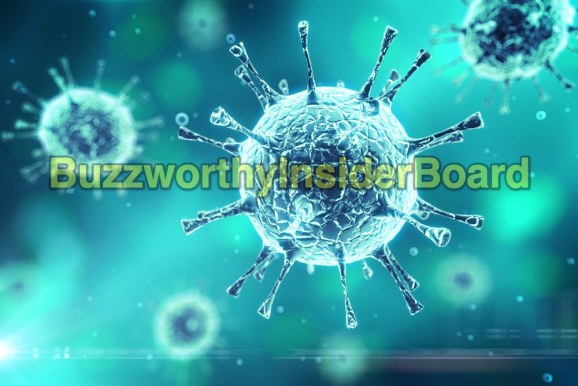 Not a day goes by without another viral content mill popping up, or announcing how many millions of page views it has managed to accumulate within a short span of time. If I didn’t know any better, I would be incredibly envious of the position sites like those find themselves in. Just take a look at the growth and traffic data for these sites recently published by Business Insider.

Business Insider — as well as Buzzfeed, Upworthy, and a growing number of others —  definitely show impressive traffic numbers, but are they a good indicator of a successful business?

As far as business goals and useful metrics are concerned, boasting about absolute traffic volume is similar to Flipboard boasting about number of ‘flips’ their users have generated. Note that Flipboard celebrates usage and engagement metrics but never mentions revenue or profits, CPMs / CPCs / CTRs and ultimately lead generation and conversions for their advertisers. There is also no data on lifetime value of a user – just that they have millions of users dragging their fingers across their phone or tablet screens. How does this help an advertiser evaluate Flipboard for an ad buy?

Similarly, it’s safe to assume that the goal of publishers such as Buzzfeed or Upworthy is to be profitable businesses — driven primarily by advertising revenue (whether it is direct ad sales, a proprietary advertising platform, or sponsored content deals). This growth cannot be predominantly be driven by first time ‘partners’ and has to rely on repeat business from advertisers who seek measurable business results from campaigns on these sites. While revenue and profitability for Buzzfeed are growing rapidly, they will – like for all virality mills – depend on how efficiently they can deliver on these advertisers’ goals and do a better job than traditional display advertising and competing ad platforms from the likes of Facebook and Twitter.

Virality mills are ultimately reliant on ever-increasing page views to deliver impressions to advertisers and are prey to the same pitfalls as traditional publishers seeking inorganic audience growth. Furthermore, virality mills as a business model are no different from any publisher embracing viral content marketing for audience development – write with the singular goal of widespread exposure with complete disregard for a search acquisition strategy.

Just look at the language used by virality mills when talking about how efficient they are at what they do to see this in action. They mention creativity without referencing utility, volume of engagement without discussing the value of that engagement (intent), and exposure without any contextual relevancy. If you sincerely believe that a million people engaging with a post about hybrid animals is a better spend than advertising against a Jalopnik car review — I can’t help but think you have more money than sense. Moreover, if you think that advertising against the broad demographic base of a virality mill (20-30, American) is a better use of your budget versus the extremely customizable ad platforms of Facebook and Google, you’re in the wrong business entirely.

Going back to the funnel and creating a context for your brand, I decided to take a look at Toyota, one of Buzzfeed’s partners (advertisers) to see how Buzzfeed was helping them accomplish their goals. What I realized very quickly is they aren’t targeting the funnel at all. The Toyota branding on the content pages links to an archive of all sponsored content from Toyota hosted on Buzzfeed, the Prius c link on the page links to the Toyota page on Facebook, and finally there are options to follow Toyota on other social channels (which considering Buzzfeed’s traffic is predominantly driven from social sites, and traffic to Buzzfeed and partner sites is heavily reliant on Facebook, is simply recursive).

The content doesn’t divert the audience to Toyota’s website (let alone to a Prius-related hub) where they may become more familiar with the brand and learn more about the advertised product — the Prius c in this case. This could be a result of one of Buzzfeed’s stated goals of “[working] with brands to help them speak the language of the web,” rather than working with the brands to better understand and speak to consumer needs. The content also doesn’t create any brand context for Toyota (sacrificed at the altar of creativity/virality), primarily because the purpose of the content created by Buzzfeed is not to provide any kind of utility to the user, rather provide pure entertainment value – this content will generate views, shares, and engagement, but ultimately no tangible value for a prospective Toyota customer or a car buyer in the middle of the decision-making process. For an industry as competitive as automotive, and for a decision as daunting as buying the right car for yourself and your family, surely utility is more important than entertainment.

Virality mills love talking about the keys to their success — premium content and an effective social media strategy — but for whom, and to what end? Great content is not which generates millions of views, but which accomplishes a goal for you. And that goal isn’t, or shouldn’t be, chasing page views at all costs. Similarly, an effective social media strategy shouldn’t be purely focused on exposure, rather on building relationships and solving problems. In this context it begins to make more sense why Facebook would want to demote viral content mills from the Newsfeed in favor of higher-quality publications.

What is glaringly obvious is that virality mills are no different from publishers who have been creating and marketing viral content for the sake of generating page views without a clear business goal in mind. (Remember, traffic is not a business goal, it is a means to one). Also, the ad platforms on these sites are not much different from traditional display advertising, and certainly nowhere nearly as good competing platforms such as Facebook’s and Google’s. Finally, virality mills also face the same issues publishers have faced over the past decade, namely the lack of a consistent content strategy and organic audience growth strategy makes these sites demographics unpredictable and unreliable, and the sites’ audience a low value one at best.

This is not the page you’re looking for, especially if you want the highest value return on your ad dollar instead of the highest volume return.

Muhammad Saleem is a tech industry observer and digital marketing strategist based in Toronto. You can follow him at @msaleem and contact him at MuhammadSaleem.com.