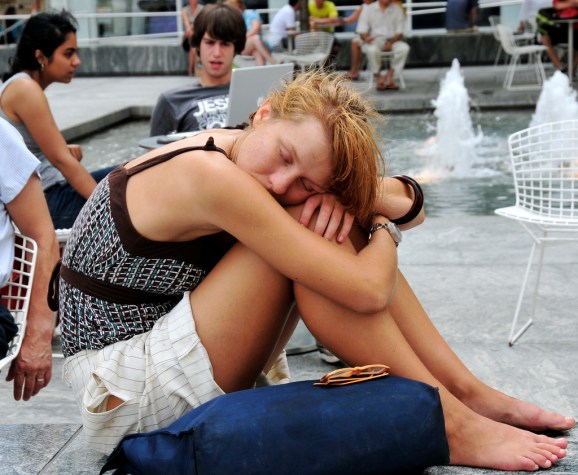 Teenagers today are migrating away from Facebook in favor of cooler services, a new study has found.

In a paper on the results, University College London (UCL) material sciences professor Daniel Miller refers to Facebook as “dead and buried” to young people.

“Young people are turning away in their droves and adopting other social networks instead, while the worst people of all, their parents, continue to use the service,” he wrote in a post.

According to Miller, teens are embarrassed to use the service and are adopting new social networking platforms and apps to avoid being spied on by their parents.

That said, the younger generation doesn’t seem all that concerned about being spied on by corporations or shadowy government agencies. Some journalists and security experts see Facebook as an evil corporation that’s stealing people’s data and serving it to advertisers. But young people don’t appear to be migrating away from Facebook for this reason. UCL anthropologist Razvan Nicolescu conducted research into the social networking practices of Italian youth, and found that 40 percent had never even altered their privacy settings.

Teens also don’t seem to care that Facebook is more technically sophisticated than other platforms.

Miller believes that the last straw for most teens is a dreaded friend request from a parent.

“It is nothing new that young people care about style and status in relation to their peers, and Facebook is simply not cool anymore,” he said.