The writing is on the wall. If we take any time at all to observe the recent past for Facebook, we can easily see its near future.

And it’s rosy as all get-out, with a few important exceptions.

This year, Facebook committed to mobile technologies with a fervor unprecedented in the industry. For a network that existed before mobile apps were even a thing, it made a remarkable pivot into a mobile-best position.

It proved an engineering-driven company can change the world. And it showed that the social web still has the power to delight us.

But it also proved that our privacy is only as good as the people who access our data, and we know less about that than we could ever have imagined.

Here are the company’s biggest stories of 2013, as well as our predictions for Facebook’s advances into 2014.

Following the rollout of Timeline last year, Facebook.com got a few big upgrades in 2013.

Comments got threaded for Pages. The News Feed got a Timeline-themed facelift. And the social network finally got aboard the hashtag train, with hints that trending topics were in the making.

As with every change that impacts more than a billion users, not all of these changes were popular with users. Example: I hate the spread of hashtags. But the feed goes on.

Instagram has been Facebook’s highest-profile acquisition to date. This year, the gamble started to pay off.

First, the mobile service got some exciting new features for video.

The platform also launched its first ads, bringing to a close a longtime speculation on the service’s business model.

We don’t yet have breakout financials on how successful the ads have been — but give it a couple of quarters, and Instagram will likely make an appearance of some sort in the company’s earnings calls.

This engineering-driven company placed a big emphasis this year on putting its huge body of data to work. Zuckerberg highlighted Facebook’s plans for artificial intelligence, and we saw machine learning in action with Graph Search, a fascinating new way to narrow your social graph down to specific people by interest, workplace, school, and more.

Does anyone use it? And is it actually useful yet? “Not really” and “not yet” are the answers that spring to mind. But Facebookers tell us this version of Graph Search is just the beginning, with more search options coming soon. For example, posts and comments are becoming searchable, so you can finally find that one comment where Alicia totally ratted you out for scamming on Taylor’s boyfriend.

In 2013, Facebook added yet another connectivity service to its repertoire: voice calling and voicemail. Voicemail came first to the company’s Android and iOS applications, and the company started testing actual voice-over-Internet-protocol (VoIP) calls in Canada. Tests proved successful, and Facebook rolled out voice calling for iOS as well as Android.

This feature was first announced at the beginning of the year, and we’re hazy on just how quickly it’s being adopted so far. Maybe, like Messenger, Facebook VoIP needs its own app to really be a success story for the social network.

It spearheaded an immigration-reform nonprofit 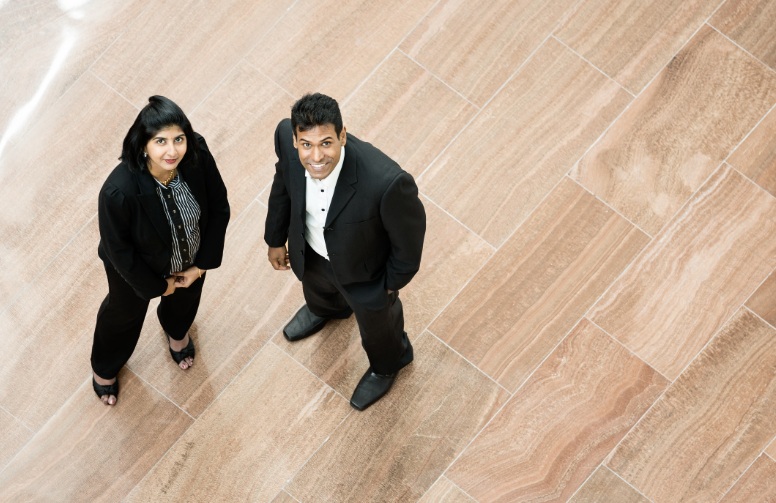 Facebook was a front-runner in the establishment of FWD.us, a nonprofit bent on immigration reform, especially regarding knowledge workers in the tech industry.

“We have a strange immigration policy for a nation of immigrants. And it’s a policy unfit for today’s world,” Zuckerberg said in April at the time of the launch.

“As leaders of an industry that has benefited from this economic shift, we believe that we have a responsibility to work together to ensure that all members of our society gain from the rewards of the modern knowledge economy,” Zuckerberg stated.

Above: Facebook’s Open Computer servers at work in Prineville, Ore.

On June 6, we got on the phone with an anonymous Facebooker and (on background only) heard our worst fears subtly confirmed: Yes, the government had been spying on us and collecting all our web-browsing and social media data for longer than we could imagine.

The company rep said Facebook had fought like heck against government agencies and urged us to keep reporting on PRISM and the NSA to bring these violations to light.

As the Snowden leaks exploded across the web throughout the fall, we followed the story. Even Zuckerberg admitted that the U.S. government was blowing it when it came to citizens’ rights to privacy.

Eventually, Facebook, along with Google, AOL, and others, launched a petition to stop the spying.

Two long-vacant seats on the Facebook executive were filled by excellent folks this year. The CTO position, vacant for a soul-shaking nine months, was claimed by longtime engineering VP Mike “Schrep” Shchroepfer (above). And the company got its first-ever chief marketing officer in the form of one Gary Briggs, previously a chief marketer at Motorola Mobility.

The company’s developers started open-sourcing secret tools for performance and interface improvements. And Facebook revealed its mobile website is the most-used mobile web “app” in the world, with 100 million active users.

We said goodbye to Gifts 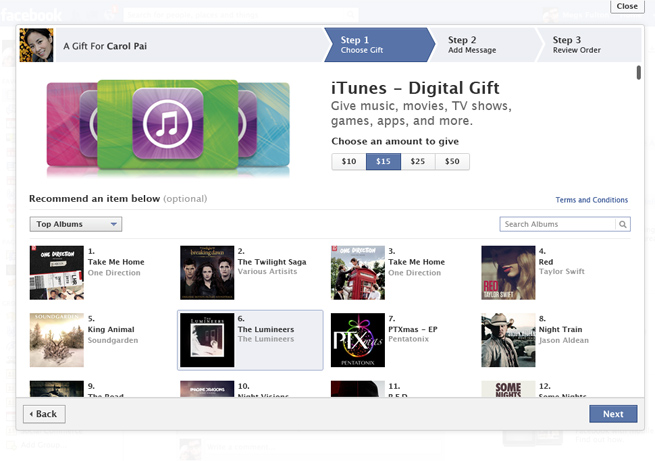 Facebook shuttered its experiment with Gifts, a person-to-person platform for choosing and sending physical presents. Zuckerberg revealed in an earnings call that Gifts, an offshoot of the company’s Karma acquisition, wasn’t a true money-maker. At the beginning of the year, Facebook unveiled gift cards, and by August, the social network shut down physical gifts altogether, while keeping gift cards and virtual gifts (e.g., in-game purchases or credits) on the menu. 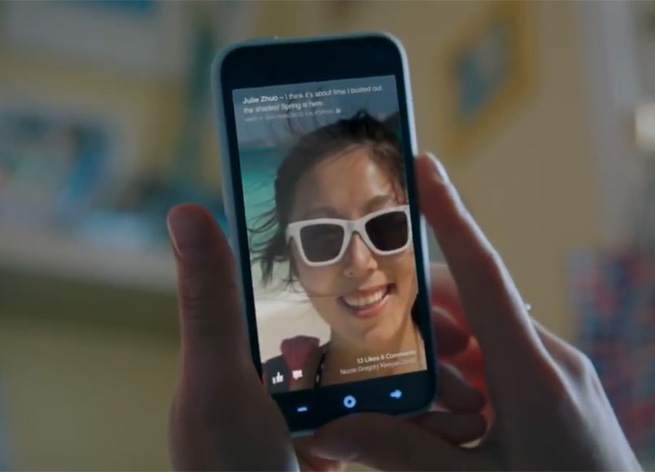 As the year came to a close, Facebook showed us it’s closing in on a huge, one billion mobile active users for all its mobile apps. Yeah. One billion — almost as many members as Facebook has in toto.

The company got experimental in launching a bold Android skin called Facebook Home. Even though the full-bleed images and elegant notifications took the Android OS to new heights, the interface was a dud with consumers. Still, elements of Home live on in other features the company is rolling out on mobile — Chat Heads, in particular. Home was a leap into the deep end of what’s possible for Facebook on Android; we’ll see if the rest of the world wants to take the plunge in the future.

These stories show us the path behind, but they also help us to project the trajectory of the near future.

Stay tuned for Facebook’s grasp extend to and increase in far-flung parts of the world, often to the great benefit of citizens of the developing world, who use Facebook for political purposes, maintaining family ties, and learning about issues that impact them most.

Look out for the social network’s numbers to skyrocket as its mobile emphasis continues to grow — and watch its mobile revenue compound as a direct result.

And every quarter, track meteoric financial growth as the company continues to optimize for revenue, roll out new revenue-generating products, perfect its advertising mechanisms and measurement, and claim ever greater numbers of members.

Who knows; maybe 2014 will be Facebook’s two billion-user year.