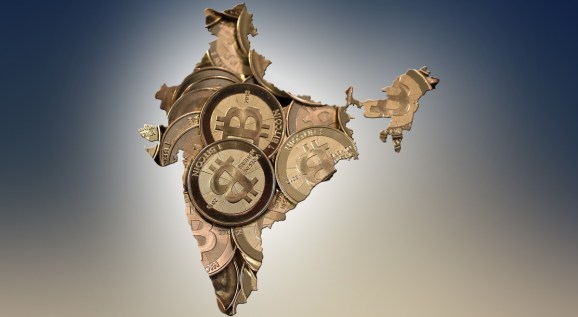 A map of India filled with Bitcoins.

Several Bitcoin exchanges in India have suspended operations amid fears they could violate anti-money laundering and financial terrorism laws.

They’re reacting to a warning issued on Tuesday by the Reserve Bank of India, the country’s central bank, which cautions citizens against acquiring and trading virtual currencies. The RBI didn’t outright ban the currencies, but it slammed them as risky and potentially illegal:

It is reported that VCs [virtual currencies], such as Bitcoins, are being traded on exchange platforms set up in various jurisdictions whose legal status is also unclear. Hence, the traders of VCs on such platforms are exposed to legal as well as financial risks.

There have been several media reports of the usage of VCs, including Bitcoins, for illicit and illegal activities in several jurisdictions. The absence of information of counterparties in such peer-to-peer anonymous/ pseudonymous systems could subject the users to unintentional breaches of anti-money laundering and combating the financing of terrorism (AML/CFT) laws.

BuySellBitCo.in, India’s largest Bitcoin trading platform, was one of the sites to stop processing Bitcoin transactions following the RBI’s warning.

“Post the RBI circular, we are suspending buy and sell operations until we can outline a clearer framework with which to work,” reads a notice on the site’s homepage. “This is being done to protect the interest of our customers and in no way is a reflection of Bitcoin’s true potential or price.”

Prior to its suspension, BuySellBitCo.in was processing around 12 million rupees (roughly $194,000) in Bitcoin transactions monthly. INBRTC, another Bitcoin exchange, also shut down its service “until further arrangements can be made.”

Unlike the recent developments in China, India’s Bitcoin crackdown hasn’t seemed to spook virtual currency traders. At the time of publication, Bitcoin is trading at $797 on Mt. Gox, the world’s largest Bitcoin exchange.