We were surprised to hear over the weekend that women haven’t been hacking.

Shocked, in fact, because we’ve spent so much time reporting on women hackers.

So either we’ve been reporting on a fictional beast, or someone’s got their head up their rear end. Who knows.

While our culture is still at the beginning of a long trek out of the deep, stinky bowels of misogyny, it’s insulting to overlook the achievements of the bright female folks who bring such vibrant diversity to our community — people like Peek founder Ruzwana Bashir, SOCCKET maker Jessica Mathews, Codecademy hacker Dylis Sun, and so many others.

So let’s celebrate the strong, talented women hackers we know; let’s lift them up as great examples to young girls. The more such examples we can provide, the less likely it is that future boneheads will make statements like, “[Women] haven’t been hacking for the past 10 years.”

Note: Not all the women in this roundup are coders, but most have at least some experience coding.

Speaking volumes about both trends, Hackbright Academy is a women-only school in San Francisco that teaches its students everything they need to know to become entry-level programmers and get job offers right away — and it does so in 10 weeks.

Read our full reporting on Hackbright.

Flipping the ‘women in tech’ script

Former Epiphany chief executive Karen Richardson was one of the few women executives in tech in the 1990s and 2000s, and she spent most of her career deflecting questions about gender. It was considered “whiny and snivelly” to draw attention to it, she said.

But the tide is changing. With the emergence of all-female workshops, meetups, and social groups like Women 2.0 and Women Who Code, many female entrepreneurs who used to be shy are now forcing the issue. And better yet, they are banding together with men — and each other — to actively make improvements.

“For the first time in over 30 years, the gender conversation can be a productive dialogue,” Richardson said.

Above: Women Who Code meetup

In rural Northern Uganda, a group of workers assemble each day in a shipping container, which is equipped with solar panels on the roof and high-speed Internet access. These workers are trained by a U.S.-based nonprofit organization called Samasource to perform work for fast-growing tech companies like LinkedIn and Eventbrite.

At Samasource’s helm is a 31-year-old San Franciscan: Leila Janah.

Inspiration for the company struck when Janah was just a teenager and teaching English to high school students in Ghana. During this trip, she noticed that the country’s most talented and well-educated young people could not find employment opportunities and were wasting away in slums.

“For gender inequality, we care a lot about it, and we spent a lot of time in making these short films in paying attention to the right messages, making sure we had a balance of women and different races represented,” said Code.org founder Hadi Partovi. 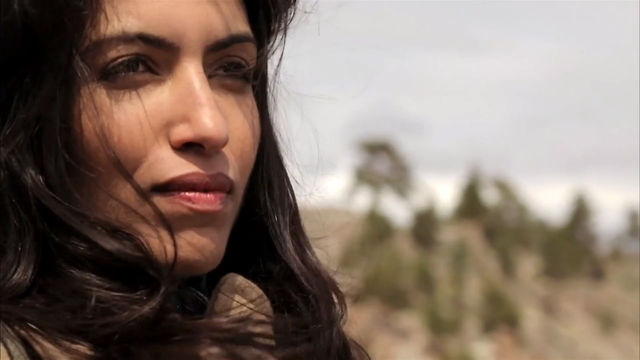 MoolaHoop was founded by Brenda Bazan and Nancy Hayes to be a crowdfunding platform that specifically works with women-led businesses looking to raise capital. Selected businesses are featured on the site with a profile telling their story and a fundraising goal, along the lines of Kickstarter and Indiegogo. MoolaHoop aims to go beyond financial support, however, by creating a robust ecosystem — dubbed the “Hoop” — that helps women leverage their existing social and professional networks, as well as gain access to mentorship, education, and skill training.

“We want to make a difference in the world by creating cultural experiences for people here and giving back to the people and places where we are importing from,” LiveWorldly’s founder Kael Robinson told VentureBeat. “Right now we are trying to get money to employ 30 people in Kenya to make products for us to sell, and we will give a portion of the proceeds to a local school in one of Africa’s worst slums. But currently the way money is given out and investors decide to invest is not ideal.”

International Women’s Day brought with it a big ol’ dose of lady-tokenism on the Internet. But it also gave us a handful of efforts to increase our long-term focus on moving toward gender equality in hugely imbalanced industries like technology.

In the latter camp, we have GitHub’s Passion Projects, a series of talks to be held at GitHub’s San Francisco headquarters. The talks will feature prominent, smart, and interesting women in the technology/startup/developer world.

Why GitHub, why women, why now? you ask. We asked, too, and GitHubber Julie Ann Horvath answered.

“I think Passion Projects was born mostly out of frustration,” she said. “I hear men talk about ‘getting more women into tech’ almost constantly. Even here at GitHub, my male coworkers genuinely want to work with more women, but they don’t know how to approach the problem. It’s sensitive. And attempts by men to address it can seem really insincere. I think I just got fed up with all the talk and wanted to start taking action.”

Change.org president Jennifer Dulski believes that women need more positive role models and success stories. She recently invited a high school student called Emma Axelrod to join her on stage at a recent conference. Axelrod and two friends had started a petition on Change.org that spread like wildfire and ultimately secured CNN’s Cindy Crowley as the first female presidential debate moderator in 20 years.

Astia is a global nonprofit organization dedicated to getting female entrepreneurs to the metaphorical ball. Its network is comprised of 4,000 members around the world, including investors, entrepreneurs, and executives. It also has programs that encourage women’s full participation in the startup ecosystem by providing access to capital, ensuring sustainable high-growth, and developing their leadership skills. This latest initiative, called Astia Angels, seeks to promote angel investment in women-led ventures to support their ideas, development, and possibilities for growth.

“High-growth entrepreneurship is a part of the economy where women don’t really participate,” said CEO Sharon Vosmek in an interview with VentureBeat. “Entrepreneurship is a deeply male place. Men and women exist in separate business networks and we look at this as an opportunity to build trusted business networks between men and women so it results not only in venture investment, but all subsequent business relationships that lead to big success.”

Read the rest of the story.

The only woman in the room

The guy sitting to my right — a young founder of an awesome startup – quietly asked me a serious question: “What’s it like being a woman in this room?” I had no real answer, but I liked the question. We started to talk. He told me about things he heard when only men were in the room, the way the female founders in his incubator all sat together, his fears that he wasn’t preparing his two daughters to navigate whatever future they wanted for themselves, free of artificial boundaries. We talked about attributes that were core to all of us, and the challenges men felt with the roles that they, too, get pushed in to.

We ended the conversation agreeing to meet again, and not only so that I could hear what’s next with his startup. We struck an accord where we each expanded our perspectives and saw things from a new angle.

Given all that I’ve seen in a career in tech, nothing fuels success better than that.

Web designer Rose Broome is eager to prove that mobile apps and web-based services can make a difference. In a matter of weeks, Broome and mobile developer Zac Witte created an iPhone app called HandUp that helps you donate to homeless people living in shelters and outdoors in your neighborhood.

“People always ask where the startups are that are solving important problems. Well, here we are,” said Broome.

In an interview, Broome stressed that many of her friends in the tech community want to give to individual homeless people they meet. However, they fear their cash would not be spent on clothing, food, and other essentials but instead would feed a drug or alcohol addiction. HandUp is designed to alleviate these concerns and benefit people in need.