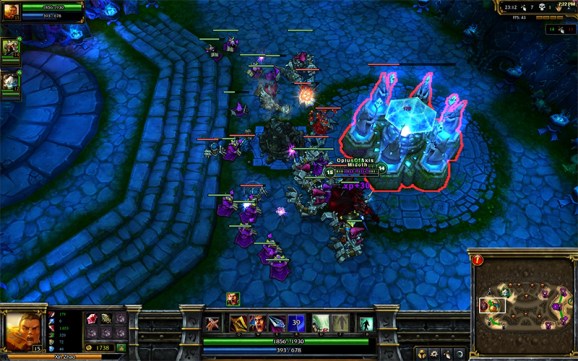 China’s booming gaming market generated more than $13 billion in 2013, according to the China Games Industry Annual Conference (as first spotted by news website GamesInAsia via Kotaku). That’s up from $9.8 billion in 2012. It’s also quadruple from 2008 when the nation’s gaming industry produced more than $3 billion in revenue.

While mobile gaming is growing across all of Asia, client-based PC games are still the dominant money maker in China. Nearly 65 percent ($8.7 billion) of all Chinese gaming revenue came from titles like World of Warcraft, League of Legends, and NBA 2K Online. Browser games generated another $2 billion, and mobile titles produced around $1.8 billion. Social gaming was also low on the list with only $1 billion in revenue.

Console gaming, which mostly does not have an official presence in China due to government sanctions, only made $15 million.

These numbers reveal that mobile gaming still has a long way to go to unseat more traditional platforms in China. PC games — including client- and browser-based titles — accounted for 80 percent of total spending in 2013. While new developers might still look at mobile as the best way to break into the lucrative Chinese market, it’s clear that PC titles are still king.

While $1.8 billion for mobile games looks paltry compared to the PC spending, mobile is the fastest-growing part of the market. Earlier in 2013, Chinese-focused intelligence firm Niko Partners predicted China’s mobile-gaming industry would grow to $1.2 billion in 2013. The reality bested those expectations by 50 percent, which could indicate much stronger adoption of smartphone and tablet spending in 2014.

Domestically developed games made up $7.8 billion of the total revenue. That’s up 29.5 percent from $6 billion in 2012. While that isn’t quite keeping up with the industry’s overall growth (38 percent), it proves that Chinese gamers aren’t abandoning their local developers for international hits.