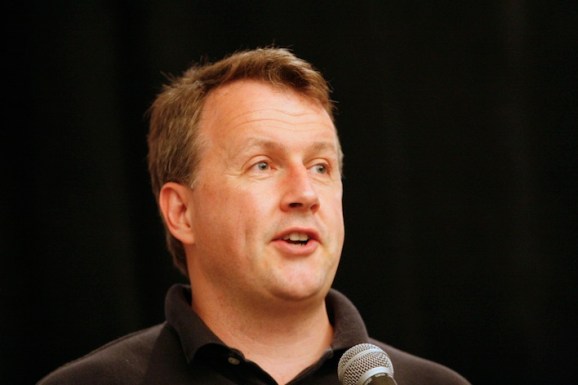 Y Combinator founder Paul Graham set off a small firestorm over the weekend with his opinions about women in tech.

On Friday, Valleywag posted excerpts of Graham’s in-depth interview with news site The Information, in which he reportedly said: “We can’t make women look at the world through hacker eyes and start Facebook because they haven’t been hacking for the past 10 years.”

Graham claims he was misquoted and published a response, but that hasn’t silenced his critics. This morning, investor Fred Wilson provided one of the more balanced viewpoints in a blog post. And it engendered quite a bit of debate (and a reaction) from the VentureBeat office too.

Related: Read our top stories about women in technology from 2013.

It’s a particularly sensitive topic in Silicon Valley and other tech hubs, given the numbers. According to the Kauffman Foundation, only 3 percent of tech startups are formed by women, and only 17 percent of computer science graduates were female in 2010 (the most recent year that data is available), down from 28 percent in 2000, according to the NSF.

So we proposed a debate, focused on a single question: Do incubators have an obligation to actively seek out female hackers?

To capture some of the nuances of the issue, we asked entrepreneurs and investors in our network to weigh in. Note: We lightly edited some of these transcripts and comments for brevity.

No. Incubators need to be focused on achieving startup success. 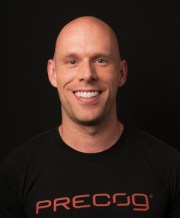 It’s an incubator’s duty to carry out the mandates for which they were funded.

In the majority of these cases, no one who put money into an incubator wants it spent pushing social agendas, however noble or well-intentioned they may be.

The sentiment that “more women should be hackers” is a subjective value judgement. Some people believe it, and some people don’t.

If an incubator makes a decision to consciously pursue this or any other subjective value judgement, then unless for some heretofore unknown reason, the odds of a startup’s success are proportional how many “female hackers” it has hired, then the incubator is hurting its chances of achieving success, as measured by its backers.

Incubators should not be concerned with promoting social agendas, unless they are specifically funded for this purpose — and most aren’t.

Rather, incubators need to be 100 percent focused on achieving startup success, which means they need to make decisions based on data. If that data says hire more female hackers (or bald hackers, or brown-eyed hackers, and so on), then so be it, but that’s not something you can assume a priori, nor should the issue be given a bias simply because it happens to be a social agenda and hot topic in Silicon Valley.

Maybe. Successfully shifting the culture is a thorny problem. 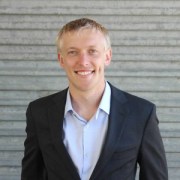 His statement that there are not many 13-year-old women hobbyist programmers is a statistical fact. He concludes that a lot of the stuff being done to recruit women into STEM majors or careers at tech companies won’t enable there to be more technical cofounders of YC-style startups — that the change needs to happen earlier in life.

I also think it’s likely a fact that he doesn’t know how to get 13-year-old women to become hobbyist programmers — it’s an extraordinarily tough problem of cultural change, and his statement: “I would have to stop and think about that” doesn’t feel unfair. I think we need a thousand more people like him addressing this problem. His statement that it requires thought doesn’t seem offensive — I think the journalists covering the story would also have to stop and think about it, and I’m happy some of them did.

Another obvious comment, and one he didn’t make, is that it’s not just a dearth of potential women technical cofounders, but also an ecosystem overwhelmingly dominated by men. Like almost every area of life, qualified women have to work twice as hard to succeed. If he had said that he would have to stop and think about how to produce more women past founders, venture capitalists, and angel investors, that would seem like a fair statement also, and one worth thinking pretty deeply about.

In sum, his statement is that a lot of programs focus on the problem of recruiting women into STEM majors, which is great but won’t help address the dearth of women technical founders of software-driven startups. Successfully shifting the culture is a thorny problem.

Yes. But I’m not in favor of a strict quota. 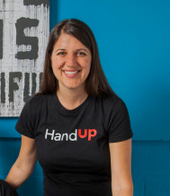 Rose Broome, CEO of HandUp; The only woman on stage at YC’s demo day in summer 2010.

People like Paul Graham are in a position of power. They have the influence to actually change things.

That said, I’m not for some kind of strict quota. I think it’s a straw man fallacy to assume that to do something about this issue, we’ll need to accept every female founder who walks through the door. But I do think that Graham and other investors have an obligation to account for well-documented gender bias that may show up in their selection process.

Gender bias is something I don’t see enough discussions about, especially when we’re flaming back and forth about Graham. Research has shown that people rate descriptions of the same leader as more competent when it’s a man.

This is a big issue in tech, especially given the lack of female executives at tech companies. I wonder, what are people in positions of power doing to account for this unintentional bias?

There are plenty of women in tech. Graham’s statements do not account for the generation of strong women who are currently working in tech. If Paul Graham truly believes that the problem starts at age 13, YC should do it’s part to support young female coders as well. After reading Paul’s response today it sounds like they’ve accepted a nonprofit with that mission, which is great.

Graham shouldn’t say, ‘My hands are tied.’ People in these positions of power have a responsibility to think about these issues and do what they can to affect change.

No: We shouldn’t be ‘obligated’ to create opportunity 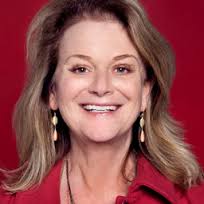 The barriers that have kept women out of hacker, coder, or incubator settings are largely artificial: externally-enforced rather than intrinsic or innate. Yes, they’re endemic and entrenched in our culture. Change will take time. But it will accelerate; it already is. But fixing one artificially-created problem by layering on another? To riff on Einstein, “No problem can be solved from the same level of consciousness that created it.” Breaking down one wall by enforcing another may be, in the end, merely a path to a different sort of ghetto.

What do we need? For innovators to look up from what has been and ask the question tech is best at asking: “What is possible?”

What will happen when balanced, multi-perspective, market-reflecting voices come together to tackle shared problems? In forums where conversations, especially early ones, explore innovation from perspectives as broad and diverse as the people who benefit from it? When incubators open themselves to different thinkers, different seers, they create strategic advantage and position themselves, even if only a little, in that game-changing position ahead of the curve.

Obligation? No thank you. If that’s how you see us you won’t use us well, and we’ll never if into your mold. Opportunity? Hunger to win? Vision for creating new advantages, new value?

Open the doors. We’ll be right in.

Yes: Incubators should take a similar approach as universities

I’m actually a bit disappointed in the debate that I’ve seen over the weekend, as it looks at the issue too narrowly.

I think the debate needs to look broadly at women founders, and not focus as much on women hackers. Through the hacker lens, I think Graham is being a bit unfairly criticized. We all know that YC is about teams with very strong tech backgrounds — if you aren’t a hacker, you don’t really belong, and he has a fair point that women are under-represented today in the hacker category.

That said, I think Graham would tell you that YC has had some great women founders. I don’t believe in any incubator or investor talking about quotas, but similar to the way colleges and business schools look to build diverse classes, I think incubators benefit from the same mentality.  I went to a school called Harvey Mudd College — a small, very select engineering school. In my time, 15 percent of the students were women.  Last year, the number was over 50 percent, and I’m very proud of that statistic. The rankings and standards are the same — they just found a way to attract more of the talented women.

People should stop thinking about promoting diversity as some sort of “affirmative action” or some type of charity. it is an investment — one with immediate potential returns and definite long term benefits. Multiple studies indicate that companies with women on their boards outperform their male-only competitors.

In the past 3 years, about 15 percent of my venture firm’s investments have been in companies that were founded or co-founded by women. The female chief executives I encounter are strong, driven, and exceptional just like their male counterparts. We don’t have any specific plans to improve these numbers, but we do try to give equal opportunities. We find that the women founders can compete with anyone.

We all know that the reality is that there are too few women in positions of power in tech. We should all play a role in helping to move this in the right direction.

As investors, we can make sure women know that they can start companies and be every bit as successful as anyone else. We also need role models, and above all, I’m grateful for the strong successful women who are carrying that flag.