In one of the company’s fastest-paced years to date, Google churned products and moved with puma-like speed and agility to keep up with a legion of starving startups.

In March, Google started rolling out its Explorer edition Glass units. After months of anticipation, we finally got ours in May — but the results were lackluster. We still have a hard time imagining why this device is a good idea for consumers.

Still, the company has big plans for 2014: Glass 2 will feature prescription lenses and more colors and baked-in apps for consumers. We still don’t know when Google is taking the product out of beta and opening sales to the masses.

And you can count on those apps to get plenty of venture funding. We can imagine 2014 as the year of the double-digit-millions Glass deal.

With the launch of Helpouts this year, Google show it’s got big ideas for one of Google+’s most popular features, Hangouts.

What else can Google do with Hangouts? University partnerships? Paid products for companies? At the very least, we’ll see more cool Hangout applications and uses from third-party developers, but we’ll be looking to Google for another wave of Hangout innovation.

As YouTube finally caught up with Facebook in monthly active users, Google finally made a serious attempt to squash the service’s biggest bug: comments.

With a new comment system powered by Google+, comments are no longer anonymous, making spam and harassment that much more difficult on the video site.

For the coming year, we expect YouTube to reach new heights in terms of videos viewed and active users while simultaneously raising the barriers for abuse.

One of the most active groups on Google+ is the huge and growing community of amateur and professional photographers. In 2013, Google reached out directly to that community with some pretty cool upgrades just for the delight of the shutterbug set.

Count on more photography tricks to emerge from Google’s bottomless sleeve in 2014. And who knows — perhaps Google will be able to find more communities and new ways to engage them. (See: YouTube and Helpouts.)

But it also brought huge storms of public (and developer) mistrust around Google’s handling of private data.

It started in June as the PRISM leaks unfolded. And it continued through the fall with new revelations about the NSA’s and FBI’s deep mines in just about every online service.

While Google spokesfolks are calling the spying efforts “outrageous,” they’re also reporting shocking increases in the number of official government requests to access your data.

Will we ever be able to trust Google with personal, sensitive data? Definitely not. But “Googling” stuff online is part of our cultural lexicon at this point, and we don’t expect that to change in 2014.

Can one startup-within-a-corporation* put a stop to corporeal decay and the physical ravages of decades of living? Calico is Google’s best shot at it.

Calico’s aim is to make the aging process less devastating. No one’s claiming that we’ll be able to live forever, but quality of life into one’s later years can surely be better.

We think the world will have to wait until 2015 or later to see actionable information emerge from Calico. Science takes time, after all. But research is beginning in earnest now, and we think Calico will acquire great minds and formidable human resources this coming year.

*Calico is, Googlers have stated, a “new company” that Google considers an “investment.” All Calico communications have come through Google’s official communications team, so we are still considering Calico part of Google proper.

Google acquired eight robotics companies this year. Eight. We posted a roundup of the first seven earlier this month, and then Google surprised us with a final bot buy for 2013, Boston Dynamics.

Interestingly, the guy behind Android is now in the process of creating actual robots. This fellow is longtime Google exec Andy Rubin. Back in March, Larry Page announced Rubin would be “starting a new chapter” at Google. And just three weeks ago, the company revealed the details of that chapter: humanoid robots for retail and manufacturing.

Don’t expect Commander Data to emerge any time soon, though. While Google’s machine learning and speech recognition capabilities are formidable, we’ll still have to wait a few years to see the full fruition of these and the robotics projects.

We started suspecting the advent of Google retail stores back in February. Little did we know they’d be on the water.

The company’s massive barge in San Francisco Bay is reported to be the first Google retail outlet, featuring a showroom of Google Glass, self-driving cars, and more.

We also hear the space will be used for hosting private events. 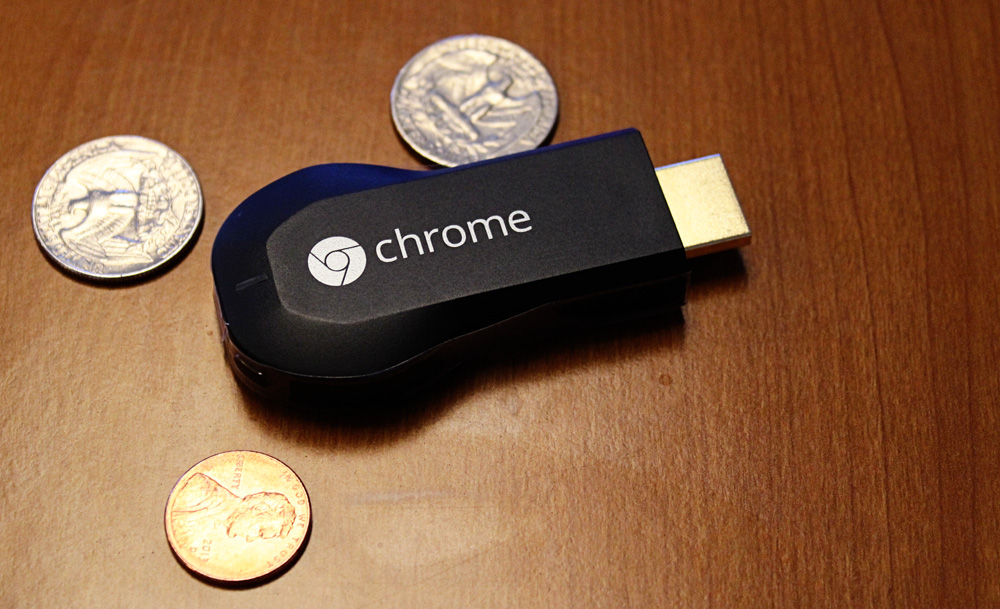 Can the new $35 Chromecast fly where Google TV fell flat? With an ever-growing list of partners, Google is banking on it.

In 2014, look out for more Chromecast apps and integrations — as well as heavy competition from incumbent Roku, which has had its Streaming Stick hardware on the market for a full year already.

It’s all about the Benjamins 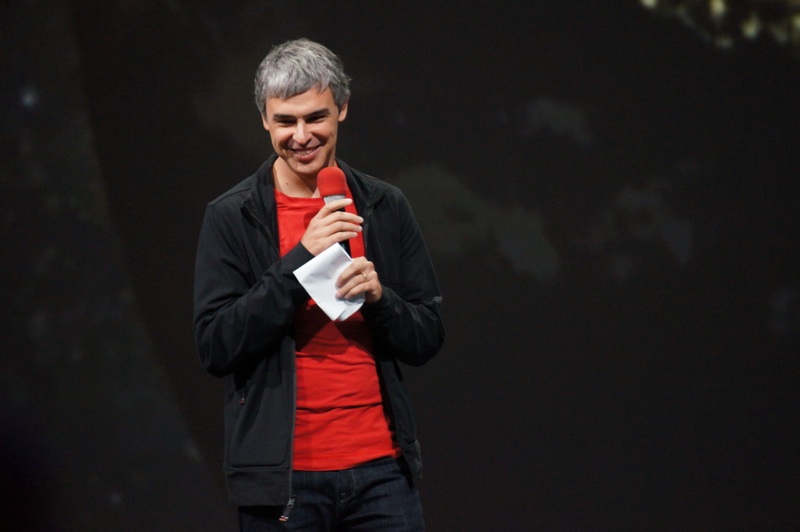 Above: Larry Page refers to some of Google’s most ambitious ventures as “moonshots.”

This year, Google’s stock hit $1,000 per share for the first time in the company’s history.

Its earnings reports continued to show growth as its many experiments and innovations paid off one by one.

We can’t imagine 2014 will be any different — if the public decides it can trust Google in a post-Snowden landscape, that is. More ad products, more software, more developer services, and more hardware all add up to more money as Google retains its position as one of the most powerful companies in the world.