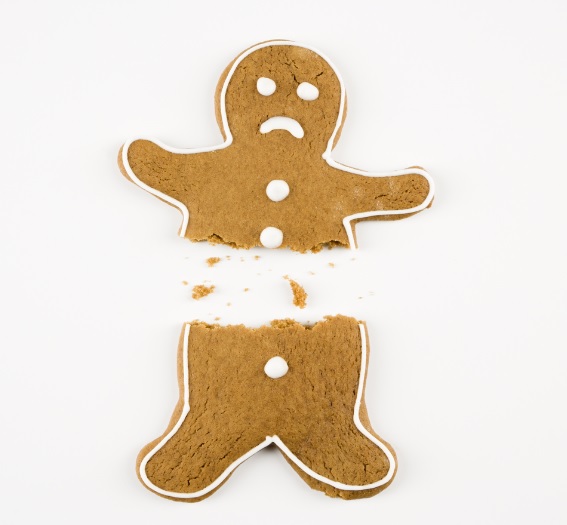 Adam Berke is president and founding member of AdRoll.

End-of-year predictions are as much a holiday season staple as fruit cake and champagne. That said, champagne isn’t the only thing that’s been bubbly lately. Many of the building trends in digital advertising over the last few years have been crossing into the mainstream: real time bidding, social media as a must-have channel, online video, and of course mobile.

The widespread adoption of these advertising options has resulted in terrific growth in the ad tech sector and a new appreciation by the public markets of ad tech companies for the actual technology behind it.

So is this a bubble, or is this due to the fact that the advertising industry is fully transitioning from an analog discipline to a digital one where new leaders will emerge and a giant market will develop? I’d contend it’s more the latter — and that we’re only in the second inning of the evolution.

Here are a few predictions of how the digital advertising industry will continue to evolve in 2014.

The poor third-party cookie has gotten a bad rap over the past couple of years. It’s become the symbol of all that is wrong with Internet privacy: the “tracker” that mysterious companies “install” on unsuspecting web users’ computers. For a little text file that is entirely anonymous and can be easily cleared and controlled by the user, that hardly seems fair.

However, even if the Wall Street Journal, Jonathan Mayer, the Mozilla patch, and IE10 never existed (and you could debate that last one hasn’t … zing!), the ad tech community would have to move beyond the cookie to evolve in the multi-device, web vs. app, iOS vs. Android world.

What started as a debate about user control and data collection transparency has evolved into a battle between Internet titans about who will own cross-channel cookie replacements. Will it be the much-discussed Google AdID? Will it be Facebook, pushing native products oriented around the Facebook user ID?

Regardless of the outcome, it looks like corporate entities will fill the void of an ad targeting standard. It remains to be seen how much Google, Facebook, and others will make these IDs open and accessible; however, this move could have some benefits for both users and advertisers. Users could theoretically control privacy settings across the entire digital experience from one place. And advertisers could gain the ability to track a definitive user identity as they navigate across devices and from web to apps.

Is a corporate-controlled identifier in an oligopoly really what privacy advocates had in mind? Probably not. And in the end, we’ll all miss the good old days of the simple third-party cookie.

2. The mobile landscape will get a shake-up

There could be no more predictable prediction than calling 2014 “the year of mobile,” but there is one underappreciated trend. That is how much the roster of major players is set to change in the mobile ad ecosystem.

While mobile is among the fastest growing sectors of the digital ad market, it historically just hasn’t been that big. According to Emarketer, mobile ad spend was $1.6B in 2011, $4.4B in 2012, and is predicted to come to $9.6B in 2013 (compare that to an estimated desktop display spend of $33B in 2013). When you consider that Google and Facebook take about 50% of that, there just hasn’t been enough left to let independent players really thrive. Even the leaders in mobile ad tech are smaller than many realize.

Up to this point, the leading mobile ad players have been “mobile first” companies that focused on mobile and mobile alone. “Mobile first” is extolled in everything from publishing to retail, but there is a strong case to be made that companies that took this approach to building mobile ad platforms were premature. The model of the mobile ad ecosystem has followed the same evolution path as desktop (just 5–6 years later), changing from publisher (app), to ad network, to real-time exchanges. Some predicted this path and stayed ahead of it; others did not.

As overall spend in mobile gets to a place where it can sustain a thriving ecosystem, the big players from the desktop display world will start to move in. The leading companies in that space have had years to scale their teams, technology, and customer base — and in ad tech, scale matters. They have large, installed bases where layering on mobile will present greater value to the customer than focusing on mobile alone or trying to work backwards into the established world of desktop display.

It’s been said that mobile isn’t a channel unto itself — it’s a medium that cuts across all channels. Companies with robust platforms and teams for handling desktop display will be best suited to incorporate mobile and provide a holistic solutions for advertisers.

If there’s one thing everyone in ad tech (well, maybe everyone except Google) should have been thankful for in 2013, it is that for the first time since their IPO, Google has a legitimate competitor: Facebook.

This change in fortune was brought about by Facebook making a concerted strategic shift from pushing advertisers to exclusively leverage the social graph and measure campaigns based on novel proprietary metrics (i.e., likes) and devoting themselves to becoming the best performance advertising platform based on traditional direct response metrics. This shift was evident in DR-oriented products like Facebook Exchange and in the fantastically successful mobile app download product. This change in focus to winning trust through response-oriented products changed Facebook’s reputation 180 degrees. In May of 2012, the story for Facebook was that it delivered poor performance, and large advertisers like GM were making very public statements that they were pulling their ad budgets from the platform. Contrast that with news from December 19, 2013, that Emarketer data reveals Facebook has become the number 2 largest ad seller behind Google, accounting for 7.4% of US digital ad spend. That’s still a far cry from Google’s 40.9% slice, but combine that with legitimate competition from dark horses like Twitter, Amazon, and Apple (if you can consider Amazon and Apple dark horses) as well as a thriving ecosystem of ad tech pure plays, and you have a situation where Google can no longer sit back and play the long game. At least not exclusively.

In addition to keeping Google honest, this increased competition is creating both challenges and opportunities for the ad tech ecosystem. While the Googles, Facebooks, Twitters, etc., of the world are competing with each other to create walled gardens around their proprietary data, advertisers are increasingly demanding unified experiences to see performance across platforms, adjust targeting, and shift budget fluidly. The end advertiser doesn’t care that Facebook is sparring with Google and Twitter is sparring with Facebook. They just want easy and effective ways to advertise across the various platforms.

This is obviously easier said than done, since there are many behind-the-scenes API connections and RTB integrations that, despite the dream of OpenRTB, remain non-standard and far from plug-and-play. But there is an incredible opportunity for inventory/channel-agnostic, advertising-focused technology solutions to integrate with the various mega companies and provide tools that are totally focused on advertiser results.

In a landscape of evolving technologies and shifting trends, one thing is clear: New opportunities are opening up everywhere you look. 2014 is going to be a year of growth and change in the digital advertising ecosystem.

Adam Berke is an online advertising industry expert with a true passion for performance display. He is a frequent speaker at SES, SMX, OMMA and SXSW, and a guest author for ClickZ, AdExchanger and MediaPost. With over 10 years of management experience, Adam has focused on scaling the company and expanding internationally as president of AdRoll. Prior to AdRoll, Adam helped launch the CPL network at Aptimus, a publicly-traded ad network acquired by the Apollo Group.