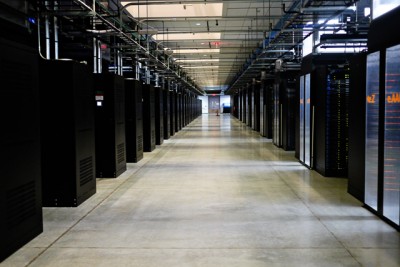 Facebook has been on an infrastructure building spree over the past few years, and it looks as though the activity could spread into Asia.

An executive from Facebook headquarters visited Korea earlier this month as part of a review of sites for a data center in Asia and checked out cities such as Busan, Seoul-based news outlet BusinessKorea reported last week. BusinessKorea attributed the report to an unnamed official in a South Korean government agency, the Ministry of Science, ICT, and Future Planning.

The social networking giant reported 1.19 billion monthly active users as of Sept. 30, up from 1 billion a year earlier, according to its latest earnings statement. The growth rate comes in at around 18 percent.

But in Asia, growth is coming faster. There were around 351 million monthly active users on the continent by Sept. 30, 27 percent more than there were that day in 2012.

In the United States and Canada, annual growth fell at 5 percent. In Europe, the growth rate was 9 percent, and in the world outside the four regions Facebook breaks out, the rate comes out to 26 percent.

Facebook surely wants to keep the site as responsive as possible to its users in Asia to keep them coming back and to impress tire-kickers. It would make sense for Facebook to build a data center in Asia, That way, users could more quickly file new posts, scroll through pictures, and scroll through user profiles. In essence, data would have to travel a shorter distance to and from a Facebook data center.

On a somewhat related note, big public cloud providers have been looking to support customer interest with more infrastructure in Asia. The biggest public cloud provider, Amazon Web Services, announced plans a few weeks ago to provide cloud computing services out of data centers in China. And IBM released news of a partnership with a Chinese company to sell cloud services from China.

But Google, a cloud provider and operator of the Google+ social network, recently made an about-face on plans to build a data center in Hong Kong.