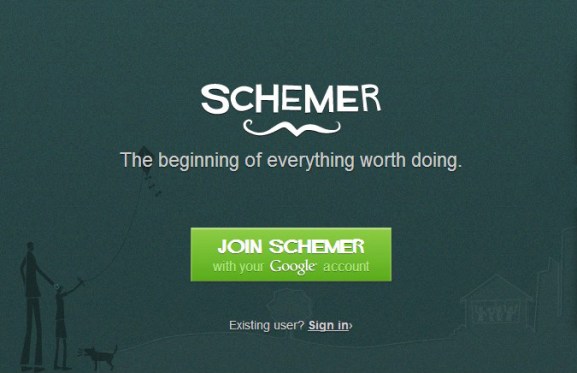 Another Google service bites the dust.

Google Schemer is at the end of its rope.

Launched as an invite-only service back in 2011, Schemer  offered a website and mobile apps wholly enmeshed in the Google+ ecosystem that let users  create “schemes” — plans for places to go and things to do that can be shared with friends and strangers. While it dropped the invitation requirement and offered up iOS and Android apps early on, it generally failed to gain any traction. And now the folks at Google Operating System are reporting that the service will be discontinued sometime in the future.

The service had quite a bit of potential and looked to be taking on Foursquare’s dominance in the “gadding about town” app segment. But all its media partnerships and location-based tips never amounted to anything earth shattering; you’re forgiven if you’ve never even heard of it.

Honestly, I can’t say I used Schemer much, but it catered to a refreshingly weird sort of niche. A bizarre intersection of to-do list and social network, it offered the chance to brainstorm out loud with friends and strangers, and then pull activities out of a sort of digital bucket. It was a promise that you’d never be bored again.

Alas, Schemer joins a long line of experiments in the Google Graveyard that failed to gain much traction.