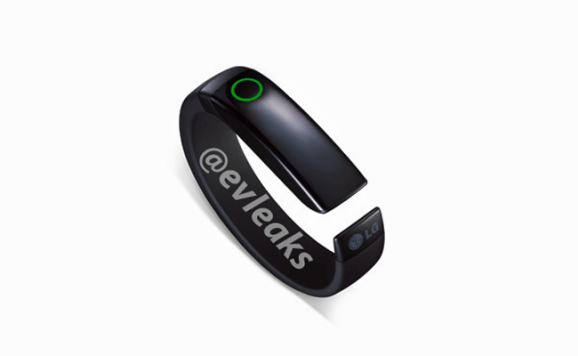 LG’s latest take on the fitness tracker is here, and it looks a little familiar.

Dubbed the “LG Lifeband Touch,” the device has made an early appearance ahead of this year’s Consumer Electronics Show, courtesy of prolific leaker Evleaks.

While we know next to nothing about the device, we do know this: Assuming the render is legit, LG has clearly taken a few design cues from the Nike Fuelband, which the Lifeband Touch could easily be confused with.

Above: Looks a little familiar…

The form factor isn’t new for LG. At last year’s CES, the company teased the Smart Activity Tracker, a similar device that LG had pegged for a summer release. Despite its promise, the device never materialized.

Evleaks has a pretty good track record with these sorts of leaks, having been the source of early shots of devices like the Moto X, the Nokia Lumia 1520, and the Nexus 7 refresh. So there’s not much reason to be too skeptical here.