The Last of Us. BioShock: Infinite. Tomb Raider. These are a handful of the best-reviewed and highest-rated video games of 2013. But you won’t find all of them — or just those — on this list.

You’ll see our individual selections for 2013’s Game of the Year below, but we had everyone write up different games, sometimes from their runners-up lists (honestly, this was mainly because you don’t need to read five different writers tell you how awesome The Last of Us is).

Share your own GOTYs with us in the comments!

And our official Game of the Year is … 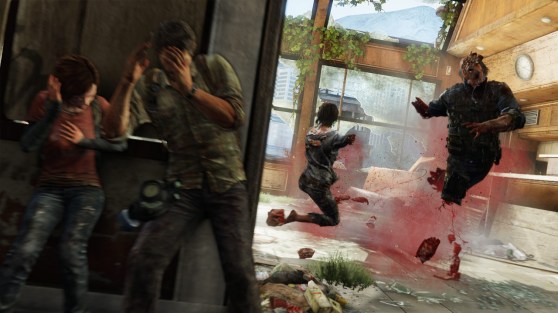 Game of the Year: The Last of Us (PlayStation 3)

I can’t stop playing Dead Rising 3. Splinter Cell: Blacklist’s multiplayer still gives me the highest highs (and the lowest lows when I lose badly). And it’s my personal mission to get more people to buy the underappreciated Injustice: Gods Among Us.

But The Last of Us is in another category altogether. I lived in its decaying, overrun world. I believed in our (anti?) heroes, Joel and Ellie. The prologue did “zombie outbreak” better than most movies. And goddamn, that was a brilliant non-ending of an ending.

I was so immersed in The Last of Us, I actually got annoyed when it would remind me that it was a video game. In Dead Rising 3, I can totally buy that I can create a flame-spewing, undead-crushing “roller hawg” by welding together a motorcycle and a steamroller in under three seconds. But Joel with a pocketful of cling-clanging, “Here I am, zombies!” gears that he can mysteriously turn into rifle scope? Nope.

But that’s OK because the rest of the experience is just so awesome and unforgettable. Don’t worry about the out-of-place magical gears — The Last of Us is the must-play game of the year. 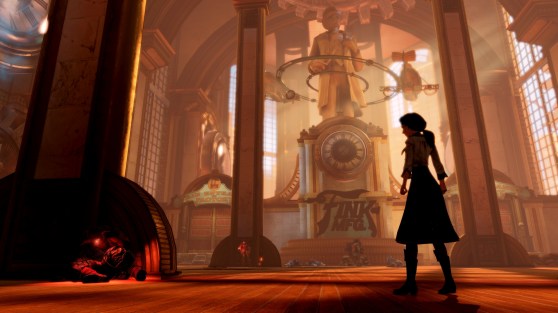 Game of the Year: The Last of Us

BioShock: Infinite is an artistic achievement on so many levels. It’s a game where the designer, Ken Levine, had something he wanted to say and a story he wanted to tell. It has beautiful graphics, intriguing characters, a story with a mystery, a lively virtual world, and extreme violence. It is set in 1912, in the fictional floating city of Columbia, at a time when America was beset with an identity crisis.

In Columbia, a battle breaks out between the ultranationalist, racist Founders and the commoner-focused Vox Populi. As the idyllic Columbia crumbles, the main character, Booker DeWitt, is sent into the city to retrieve Elizabeth, a unique girl with special powers who has been imprisoned almost her whole life. As DeWitt tries to extract her, the relationship between them takes many turns. It is a touching and evolving relationship, occasionally thrown into a state of terror as the monstrous Songbird pursues them both.

The ending is truly mind-boggling and so full of meanings and literary references that gamers discussed it for months. It takes you back to the beginning of the game and will put you to work deciphering the earlier scenes in the context of the conclusion. I’ve still got a lot of questions about that ending and no real answers.

After a lot of nonsense that preceded it, this game restored my faith in triple-A games. 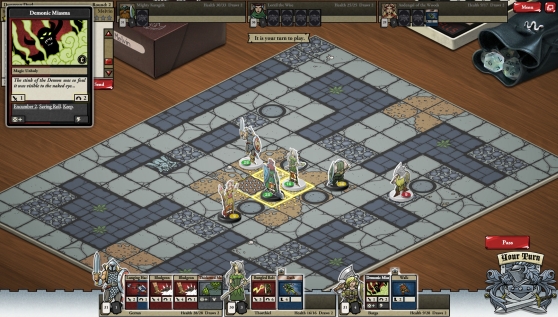 I miss many things about the ’80s: Saturday-morning cartoons, hood ornaments on luxury cars, and, of course, rappin’ NFL defensive linemen. But the one thing I’ve never stopped pining for from that glorious decade were the classic dungeon crawls of Dungeons & Dragons.

Those dungeon crawls returned this year in Card Hunter, a smart mix of turn-based combat and card-collecting. Card Hunter is special not only because it captures that ol’ D&D nostalgia (it even has 1980s-style module covers for each adventure) but because it pulls off another, even rarer feat: being a free-to-play game that’s satisfying, offers real progression, and provides you a way to get ahead in the single-player campaign without paying a dime.

That “way to get ahead” is multiplayer. It’s a good place to learn tactics and the strengths and weaknesses of character classes, races, and cards. But its victory ladder gives you free loot as you rank up; win specific numbers of matches each day, and you earn treasure chests that dole out rarer and rarer items. So sure, you can buy “pizza” (Card Hunter’s currency) or join its rewards club, but you can just play more of the game — and learn how to be a better player — to get choice loot as well. You can run through player-designed dungeons — or make your own.

And none of it costs a thing. 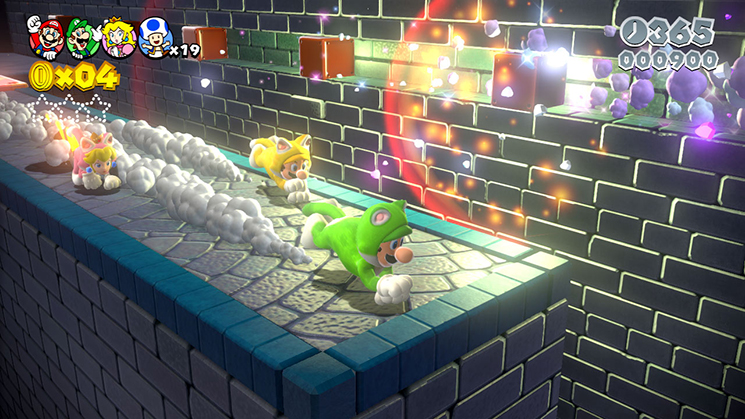 Game of the Year: Super Mario 3D World (Wii U)

When a publisher pushes out game after game in a series, it’s very easy for even the best franchises to lose their wonder. Somehow, Nintendo not only avoided that fatigue with Super Mario 3D World but made it one of the year’s most vibrant and fun titles.

3D World is a swirl of original ideas and old nostalgia. It gives you the familiar, like the Tanooki power-up, and the new, like the cat suit. It hits you with a classic song on one stage before showing off an amazing original composition on the next.

It recognizes its roots while tilling new soil from which the company will grow nostalgia for another 30 years.

Most impressively, it makes for an amazing single-player experience on par with Super Mario Galaxy while also functioning brilliantly as a multiplayer title. While 2013 showed us that gaming can continue to grow as a storytelling medium with games like The Last of Us, Gone Home, and Brothers, Nintendo proved that it is still the best at crafting pure gameplay delights.

Runner-up #1: Saints Row IV
Runner-up #2: The Legend of Zelda: A Link Between Worlds