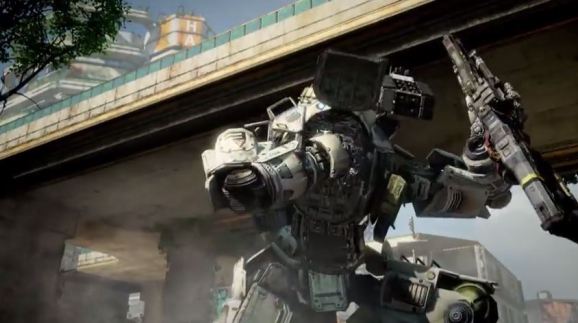 Developer Respawn Entertainment’s Titanfall will give players the chance to run around a war zone in a giant bipedal robot suit, but that doesn’t mean players won’t have more traditional first-person shooter weaponry — like a sniper rifle, for instance.

Respawn confirmed the Xbox One, Xbox 360, and PC shooter will feature sniping when it debuts March 11, but players shouldn’t expect to use the techniques they might have mastered in games like Call of Duty to rack up kills.

“Sniping is in the game, but due to how the game plays, it’s a pretty different animal then you’ll find in your run-of-the-mill modern-military shooter,” a Respawn developer wrote on the studio’s message boards (via Gaming Bolt). “Quick-scoping and no-scoping are ineffective.”

Quick-scoping and no-scoping are advanced techniques that Call of Duty and other shooter players use to get fast kills in multiplayer. Quick-scoping enables gamers to quickly look down the scope of their rifle and begin firing immediately. No-scoping is when a player pulls the trigger on a sniper rifle while holding the weapon at the hip.

These are very popular techniques in Call of Duty, which many of the developers from Respawn previously worked on. The studio didn’t specify why these sniping methods are ineffective other than to say it’s about how the game plays.

Titanfall has some other elements that are similar to Call of Duty, but Respawn is obviously attempting to set its highly anticipated game apart. The title already features the aforementioned mech units, but its foot soldiers can also run on walls and double jump. It’s possible that this superfast player motion is the reason tricky sniper shots won’t work as well as they do in other first-person shooters.