Will 2014 be the year you upgrade to a 4K TV? (Spoiler: Probably not — but get ready to hear a lot about these new high-resolution and high-price-tag TVs.)

Judging from the slew of pitches and industry rumblings we’ve come across, we’re expecting 4K TVs to be a highlight of this year’s CES, along with a continued focus on device components, wearable technology, alternative games consoles, and more.

Follow VentureBeat’s full coverage of CES 2014 right here on our site — and read on for a preview of what will be hot in consumer tech in 2014. 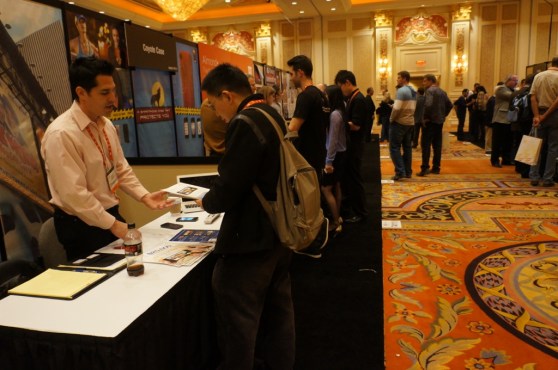 Startups get a chance to shine

We are bullish on the prospects for hardware startups: For years, entrepreneurs and venture capitalists have shunned hardware as a dead-end, fit only for low-margin, high-volume Asian manufacturers. That’s started to change, though, with a crop of new startups that combine hardware and software (often leveraging those same Asian manufacturers) to create new gadgets with terrific possibilities. Fitbit is possibly one of the biggest success stories to come out of this trend, with its wearable fitness trackers seeing terrific success in 2013, and at CES we’ll be looking for fledgling companies with the same kind of potential.

Startups will once again get their chance to shine at Eureka Park, a special CES section now in its third year dedicated to early-stage companies. This year, CES has expanded Eureka Park to include 200 exhibitors. VentureBeat has partnered with the Consumer Electronics Association, which produces CES, as the official media partner for Eureka Park, which means you can expect to see plenty of startup stories coming out of the show. 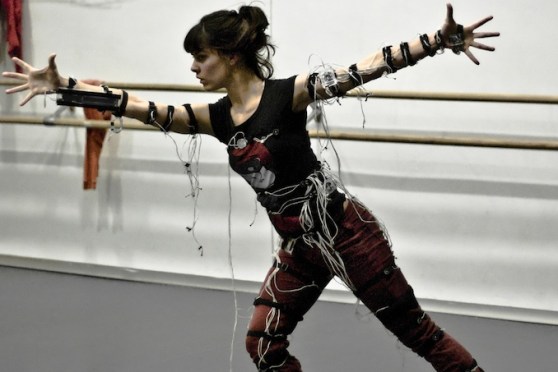 Above: An array of human body sensors

Although it’s mainly a showcase for consumer gadgets, CES is also the place where component makers reveal their underlying technologies for the tech revolution, such as displays, chips, sensors, and new user interfaces.

This year, expect an emphasis on gadgetry that will help make technology even more ubiquitous and integrated into your daily life — and even your body.

For example, we expect eye-tracking to make a showing as Tobii and SteelSeries announce their new way to control games through eye movements. That should give a boost to other new technologies such as virtual reality, which immerses you in a 360-degree virtual world.

Intel, Qualcomm, ARM, Imagination Technologies, Nvidia, Advanced Micro Devices, and Freescale will be showing off cool new graphics chips, processors, and mobile components at the show. They’ll also be touting chips for the “Internet of things,” motion-sensing, and wearable computers. Both of those trends will drive technology further in the direction of low power consumption and connectivity, rather than performance at all costs.

These technologies will make devices more context aware and melt away the label of “smart” as everything becomes smarter. 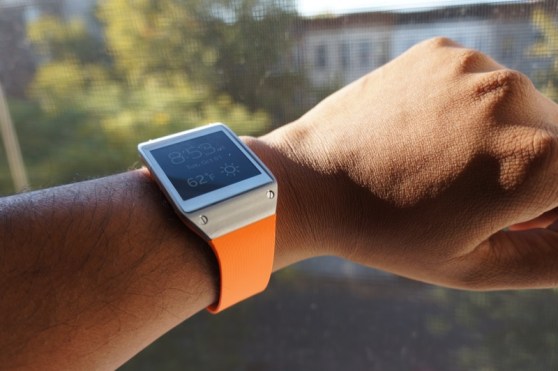 2014 could be the year wearable tech finally goes mainstream. Pebble’s smartwatch was one of the big announcements at last year’s CES, and since then we’ve seen some excellent new wearables hit the market (like the refined Jawbone Up24 and Fitbit Force), exciting yet-unproven gadgets like Google Glass, as well as outright failures like Samsung’s Galaxy Gear.

There still hasn’t been a wearable equivalent of the iPhone yet, but there’s a chance that could happen this year. At CES, several companies will be showing off their own smart glasses (including China’s RockChip), and this could also be the year that we finally get to see what all of those Apple “iWatch” rumors have been about. 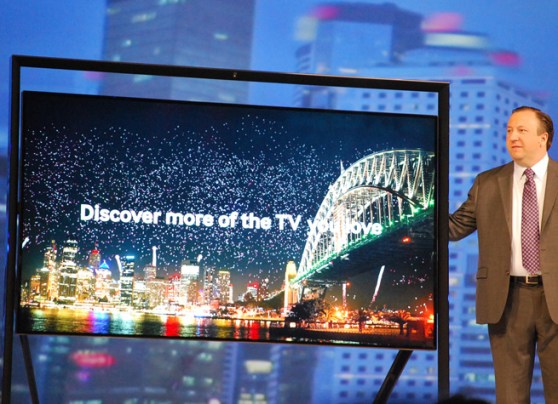 Who wouldn’t want a TV with four times the resolution of a 1080p HDTV? After we saw a few uber-expensive 4K TV sets at last year’s CES (Samsung unveiled monster 85-inch and 110-inch sets at prices you’ll never afford), this year we expect more models to debut at more reasonable prices.

4K sets still face some significant challenges for most consumers though: Their picture quality is better than existing 1080p HDTVs, but you’ll need a very big 4K TV to actually see the difference (and you’ll need to sit very close to it). There’s also a dearth of 4K video content out there, so it doesn’t make much sense to upgrade yet (expect TV makers to push the ability to “upscale” lower-resolution content to 4K).

In short, it’s the same set of problems that have faced 3D TVs, which manufacturers hyped at the past few CESes. Did you rush out and buy a 3D TV last year? We didn’t think so — and we don’t think there’s a compelling reason to buy a 4K TV this year either. (Incidentally, the same manufacturers are noticeably quieter about 3D this year, in a tacit acknowledgement that the technology hasn’t taken off the way they had hoped.)

Still, there will be some 4K news to report. Netflix recently announced that it will stream the second season of House of Cards in 4K, although that will require a fast 15-megabit Internet connection. We don’t know which Netflix devices will support that new resolution (game consoles are the most likely candidates).

We also expect to see plenty of new non-4K HDTVs at CES. LG will reportedly show off its first WebOS TV, and we can expect more smart TV updates from the likes of Samsung and Sony. 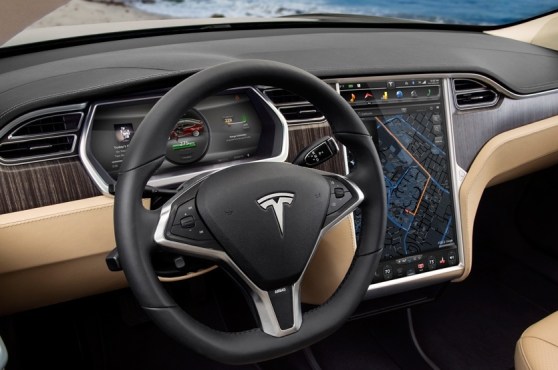 Above: The droolworthy dashboard of Tesla’s Model S

Despite all the advances made in the mobile industry over the past few years, car tech has remained a few steps behind as many auto makers have typically refused to give up control of their platforms (Ford and Microsoft’s partnership with Ford Sync being the rare exception).

Sure, you can pair your smartphone with plenty of car stereo systems over Bluetooth, but things like capacitive touch screens and healthy app ecosystems are still nowhere to be found in most cars. We’ve also seen a few companies, like Mercedes, dabble in mobile integration with little success.

This year could be different. Audi and Google are reportedly gearing up to announce a joint in-car entertainment platform at CES, while other car makers could end up adopting Apple’s iOS-powered car dashboard. 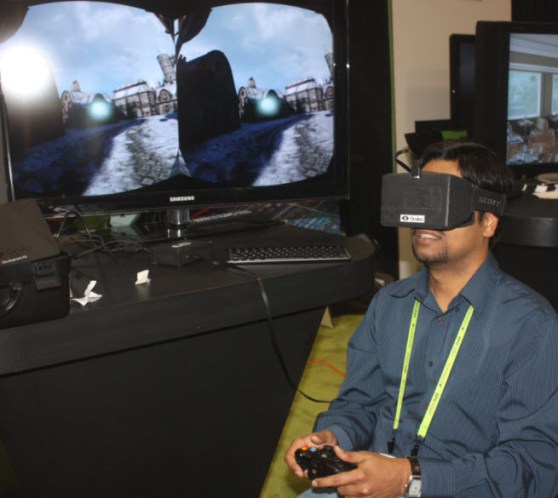 Above: A gamer playing the Oculus VR headset

Dedicated game consoles are back, but so are alternatives

Late 2013 saw the launch of two major new console generations, the Microsoft Xbox One and the Sony PlayStation 4. The new consoles sold more than 4 million units just a few weeks into their launches. Those consoles have re-established the preeminence of gaming in the living room as the preferred way to play blockbuster games, particularly for North American gamers. You can expect Sony CEO Kaz Hirai — a CES keynote speaker — to hammer that point home.

But Microsoft and Sony aren’t the only console makers in town any more. Oculus VR will show off new virtual reality technology at CES, and Valve will have a press conference to showcase the designs of its partners for SteamMachines, which use the SteamOS as a gaming alternative to the consoles and the Microsoft Windows PC.

Many of the alternatives made a showing at CES last year and didn’t make a splash. But they’re coming back to compete with the console makers for the hearts and minds of players again.