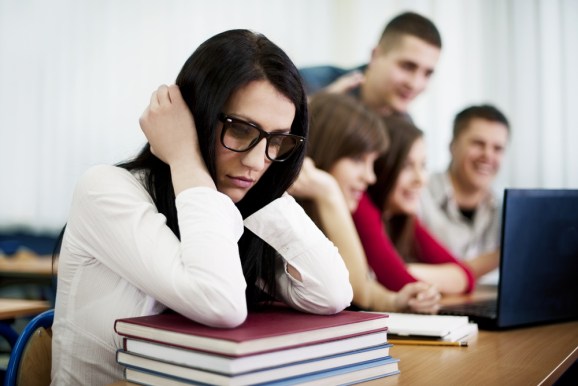 More than half of us have met with fewer than 10 percent of our Facebook friends in the past two months.

And about a third of us haven’t met with a single Facebook friend in months.

That’s according to a December poll of 1,000 Facebook-using American adults. The poll was done by Zogby Analytics, for Living MacTavish, a lifestyle website. It shows that, for many of us, social networks and “in real life” networks may not overlap very much.

“This is even worse than I expected,” said Susan MacTavish Best, the site’s founder, in a statement. (Disclosure: I’m friends with MacTavish Best.) She commissioned the poll as part of a campaign to get people to meet face-to-face more often. She’s a bit old-fashioned that way.

“Offline is the new online. In this era of constant texting, Tweeting and Facebooking, lots of us are hungry for slower-paced, face-to-face conversation,” MacTavish Best said.

Now, I’m a bit skeptical of claims that online communication is eroding our abilities to get along face to face. And I’ll point out that MacTavish Best herself is an avid user of social media and has been taking her phones with her everywhere — including marathons — for years, so she can fire off emails and continue working online no matter where she is, even if that is the top of Mt. Tam.

But the poll’s numbers might give anyone pause. According to the survey, here’s how people answered this question “roughly what percentage of your friends on Facebook have you actually met with face-to-face within, say, the last couple of months?”

The typical Facebook user has 245 friends, according to Pew Research data cited by MacTavish Best, so that means that more than half of us are seeing, on average, 25 or fewer Facebook friends every couple of months. Yet Facebook and other social networks are a big part of most people’s lives now: As we reported recently, 73 percent of adults use social networks. And according to the Pew Research Center, 63% of Facebook users turn to the site every day.

So is Facebook taking away from the real world? Unless you’re spending all day staring at the Facebook app, I don’t think so.

A couple of years ago, Pew reported that the average American has 634 connections in their overall social network, counting online as well as offline ties — and that people who use online social networks tend to have more connections.

This Zogby poll supports that notion, by suggesting that Facebook friends are, for the most part, additive to our real world social networks.

That said, it can be nice to get together with your friends over a glass of wine, a cup of coffee, or a nice meal — and isn’t that a lot more satisfying than just clicking “like”? Now that we’re done with the hectic rush of the holidays and our relatives have all headed back home, it might be a good time to slow down and reach out to a Facebook friend or two to invite them to a F2F meeting, IRL.