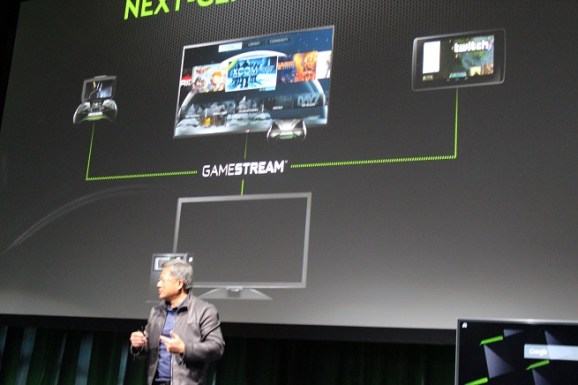 Nvidia can stream games from a PC to a TV

Nvidia showed tonight at a press event that its Shield mobile gaming device can stream a game from a PC to a TV in the living room.

Nvidia made the announcement at a press event ahead of the beginning of the 2014 International CES, the big tech trade show in Las Vegas this week. The company has talked about this tech before, but the demo went off without a hitch on a big screen TV.

Huang said that Shield can do this with very little delays. He showed it working on a machine that was streaming the game from a server in France.