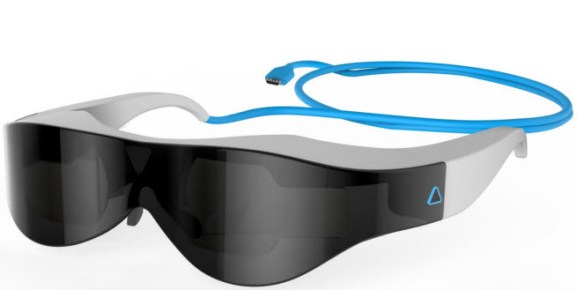 Atheer wants to deliver 3D augmented reality with a pair of glasses.

A company is hoping to compete with Google when it comes to wearable computing, and it’s going to need cash to make that happen.

Atheer Labs has raised at least $1.5 million in funding as part of its march toward releasing its 3D augmented-reality glasses.

The company filed a Form D with the Securities and Exchange Comission that reveals the company has raised $1.5 million of a planned $6.1 million funding round. We’ve reached out to the company to determine who is investing and for what specific purpose, but Atheer is not commenting on its funding status at this time.

Atheer is working on a pair of glasses called Atheer One that provide 3D augmented-reality vision. These glasses connect to smartphones and enable users to see 3D apps and games as if they are floating right in front of their faces. The wearer can then interact with the graphical display by pointing their finger in the air.

The company plans to let developers make these glasses work in playful, game-style environments as well as professional fields such as medicine and logistics.

Atheer is one of a few companies rushing to get wearable computers onto the market. Google’s Glass is the biggest name in this field, but Atheer is hoping that its tech will outperform and wow consumers with its 3D, AR, and other features.

Here’s a computer-generated demonstration from Atheer:

Last month, Atheer took its glasses project to IndieGoGo with the goal of raising $100,000 from end users. With 25 days left to raise additional capital from the crowdfunding site, more than 250 backers have contributed over $110,000.

The technology company plans to launch its Atheer glasses in Q4 of 2014, although a developer version is due out in the coming months. People can order the first version right now by plunking down $400 on the IndieGoGo campaign; although the number of units available at that price are limited. After the glasses are gone at that level, Atheer is giving the glasses to anyone that contributes $500.