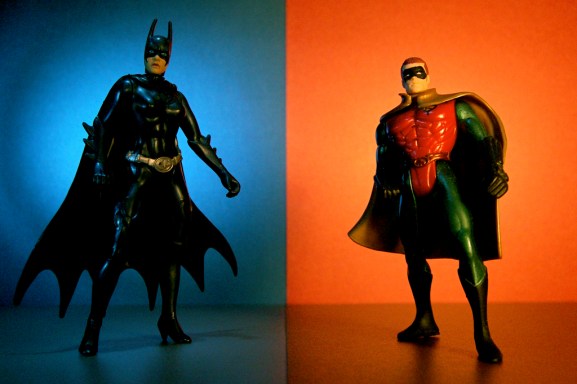 Today, the SEC woke up from its long holiday slumber and got busy publishing financial documents again. Our favorite funding from today is from Batman BV, which put $1 million into Robin. We always knew those two were good friends.

Cvent to raise $178 million via a follow-on public offering

Cvent, an event registration and management company that went public on the NYSE last August, today announced a follow-on offering that would raise around $178 million for the company. Cvent operates a cloud-based platform that enables customers like Wal-Mart and Siemens to search for event venues, field bids, book reservations, and register attendees. It lost about $1.3 million on $104 million in revenue over the last year. Its recent market cap was nearly $1.6 billion. Read more about the new offering here.

One Hour Translation picks up $10M

One Hour Translation, a company that uses 15,000 expert translators to provide professional translation services among 73 languages and 2,500 language pairs, has picked up a $10 million round of funding, according to a report in TechCrunch. The funding came from Fortissimo Capital, which acquired “one third” of the company, which would place its pre-money valuation at $30 million. It’s the company’s first round of funding. One Hour Translation is based in Tel Aviv, and Fortissimo Capital is also based in Israel, so we don’t have direct access to the public filing documents as we would with a U.S.-based company. Read more on TechCrunch.

Atheer Labs sees the future, augments it with planned a $6.1M funding round

Atheer Labs has raised a chunk of funding as part of its march toward releasing its 3D augmented-reality glasses. The company filed a Form D with the Securities and Exchange Comission that reveals the company has raised $1.5 million of a planned $6.1 million funding round. Atheer is working on a pair of glasses called Atheer One that connect to smartphones and enable users to see 3D apps and games as if they are floating right in front of their faces. Read more on VentureBeat.

CO Everywhere raises $6M to help you see what’s going on everywhere, all the time

CO Everywhere is a mobile app that lets you follow locations around the world and see all the social activity that is happening there. The company has raised a total of $6 million in funding, with $3.4 million closing today. Morningside Group led this round, with participation from angel investors. Read more on VentureBeat.

Have you ever had trouble getting a store’s point of sale (POS) system to register the barcode on your phone? Mobeam explains this as a problem between the red-laser scanner of the POS and your mobile phone’s screen. They aren’t made to work together. Mobeam created an on-screen barcode that can more easily be read by POS systems so that companies can create a better mobile loyalty-program experience for their customers. The company received $4.7 million in funding today. Investors include Mitsui Global Investment, yet2Ventures, and DFJ Athena.

Onit is all over $2.3 million for its ‘smart process’ apps

Onit is a Houston-based company that powers app for business and legal teams, helping them streamline operations, control costs, gain visibility into projects, and collaborate. Enterprises can either build their own apps using Onit’s platform, or select options from Onit’s market. Customers include the Kauffman Foundation, The Home Depot, and Johnson & Johnson. Austin Ventures led this round $2.3 million round.

Robin, a customer-service software provider based on the Netherlands, has raised $1 million in new seed funding from Batman B.V., a newly formed fund, according to a press release. The Dutch entrepreneur Jan-Willem Tusveld and Orbys Ventures own the fund. The new money will support international marketing efforts and help fund the introduction of more product features. Learn more about Robin on the company’s website.

Foundry Group made its first AngelList Syndicate investment, putting $700,000 into OnTheGo Platforms, which claims to “make smart glasses smarter.” Its platform turns the outward facing camera on smart glasses into a motion sensing device, so people can control their glasses using hand gestures. Foundry Group, through its Syndicates fund FG Angel, led this round, with participation from angel investors.