The icon-strewn graphic contains a staggering 947 companies that offer mostly web-based software as a service for marketers — yet another indication of the degree to which technology has consumed the marketing industry.

We surveyed 1,000 marketing pros about marketing automation.
This is what they said

Brinker’s first version, from 2011, contained just 100 companies. The second, a year later, ballooned to about 350 companies. And the current third version almost tripled again, as the art of marketing is quickly being supplemented by science — or at least data — in every space, including what Brinker chose as his six major categories: marketing experiences, marketing operations, “backbone platforms” such as CRM, infrastructure such as databases, marketing environments such as Facebook, Pinterest, and Twitter, and a new category of marketing middleware that ties it all together. 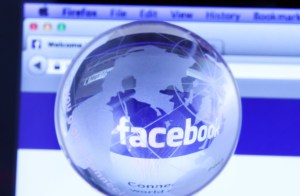 Those six classes are further divided into 43 subcategories, making it a very forgivable offense for a marketer to feel like he or she should have attended comp sci classes in college — and very smart for future MBAs and growth hackers to acquire a very solid technical underpinning of knowledge as they learn their trade.

But don’t think that 947 companies is the full story.

“[This] comes with one main caveat: this graphic is not comprehensive,” Brinker posted this morning. “It is just a sample, albeit a large one, of the many different kinds of software available to marketers today. There are many more companies — indeed, entire categories — that were not included, merely due to the constraints of time and space. And by the time you read this, it will inevitably be out of date due to new launches, re-launches, expansions, exits, and mergers. The pace of change in this field is breathtaking.”

So is, perhaps this graphic. Click for a full-size version: 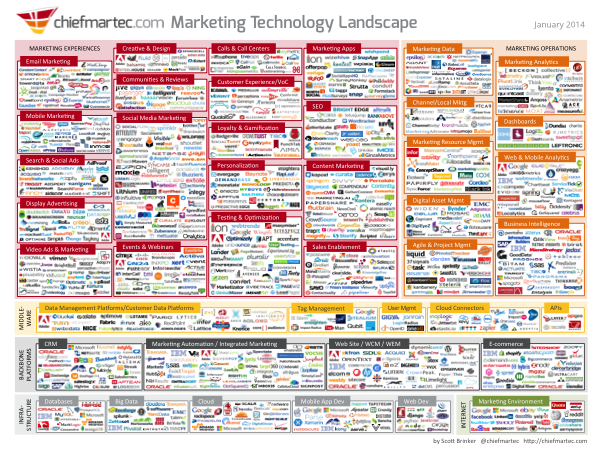