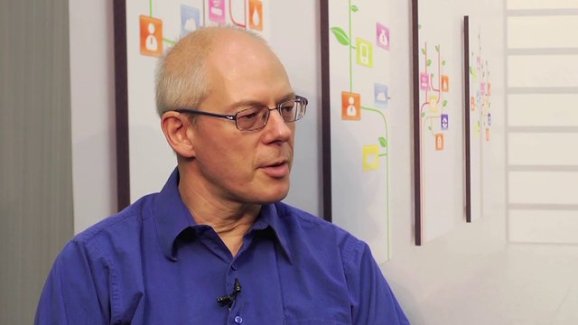 Adrian Cockcroft, who started working at Battery Ventures as a "technology fellow" yesterday.

One of the most prominent cloud-computing architects around, Adrian Cockcroft, has left Netflix and joined venture-capital firm Battery Ventures.

In Cockcroft’s new post, he will bring smart startups to the attention of his colleagues and help portfolio companies wisely expand their infrastructure footprint, he said today in an interview with VentureBeat.

Battery announced Cockcroft’s arrival at the firm in a press release earlier in the day, identifying Cockcroft’s exact title as “technology fellow.”

The move could help Battery ensure the companies it funds make the smartest possible use of the infrastructure they rely on. Venture firms such as Accel Partners and Greylock Partners have brought in big data talent in the past, and this move is somewhat similar. Perhaps other funds will want to follow suit by bringing on cloud experts of their own.

While Cockcroft boasts an extensive technical resumé, he has actually spent time working with investors in the past, he told VentureBeat.

“I’ve been interested in the VC community and sort of working with people in many different venture capital companies for the last few years, helping them evaluate new companies and looking for interesting things for Netflix,” Cockcroft said.

Cockcroft joined Netflix in 2007 and built the company’s reputation as a technical powerhouse and a cloud-first operation. The company has released many homegrown projects under open-source licenses, and it relies heavily and carefully on public cloud infrastructure from Amazon Web Services (AWS).

Previously, Cockcroft was a founding member of eBay Research Labs and a distinguished engineer at Sun Microsystems, which was a legendary hotbed of technical innovation.

Cockcroft has served as a de-facto leader of the “clouderati,” as his company’s major use of AWS has turned Netflix into a poster child of cloud computing in general and AWS in particular.

In that position, he will often talk at conferences about how fast and frequent deployment of code has become not only possible but important. As a result, Cockcroft said, companies can become more competitive.

And cloud computing can be a good platform for that sort of fast operation. “If you’re turning around several features a day, you don’t have time to go have a meeting … and deploy a [physical] machine by hand,” he said.

Running almost entirely on a public cloud has become conceivable for more and more companies, Cockcroft said. Enterprises are “trying to figure out how best to apply it to their needs,” he said. “It’s no longer a question of what or when. It’s more like it’s moved on to kind of how, and that was definitely a change over the last year.”

And that’s why it’s not crazy for Cockcroft to move now into an advisory role for many companies.

He’ll also advise Battery on technologies other than cloud computing that he knows well, such as high-speed interconnects for high-performance computing, Cockcroft said. He can additionally point to the kinds of software that could help Netflix and other companies interested in operating at web scale.

It’s not impossible to imagine that Cockcroft could have gone to work for Amazon Web Services. The company employs field evangelists. But that’s a role Cockcroft played at Sun about 20 years ago.

And plenty other companies have tried to hire Cockcroft.

“I probably spent a fair amount of every day deleting job invites from LinkedIn every day for the last few years,” he said. “I’m the recipient of probably every cloud-related architecture job thats going.”

What attracted Cockcroft to the Battery gig was its perfect, custom-made fit. It presented him with a job description he couldn’t turn down, instead of trying to fill an existing position. “In this case, they sort of built it around me, rather than the other way around,” Cockcroft said.