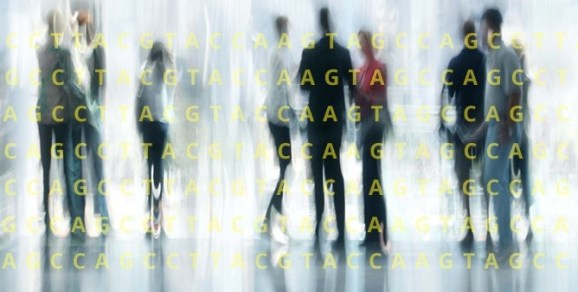 Genomic data is all around us, the background art from Omicia's website implies.

As we collect more and more genetic data, somebody’s got to do something with all that information. Omicia has a system for analyzing human genome sequences, and that might be just what the doctor ordered.

Apparently investors agree: Omicia has picked up a $6.8 million series A led by Artis Ventures. Other investors include Buchanan Investments and Bay City Capital, which will be adding partners to Omicia’s board, as well as Acadia Woods Partners and Casdin Capital.

The company aims to help researchers as well as medical professionals utilize genome data. One customer, the University of Utah, is using the company’s Opal IT product to sequence the genomes of 3,000 individuals for 15 different diseases.

Demand for this kind of technology is likely to grow as more and more institutions embrace the use of genetic data. For example, Mt. Sinai hospital in New York is already sequencing the genes of many patients, and some day every hospital might do this for every patient.

“Clinical genomics is taking off,” said Stuart Peterson, the president and founder of Artis Ventures, in a press release. “Top tier medical institutions are using the big data of next-generation sequencing to further distinguish themselves, and Opal is proving to be the optimal platform to achieve this.”

The company will use the capital to expand its marketing efforts and optimize its big data offerings, Omicia’s press release stated. Omicia is based in Oakland, Calif. It’s currently hiring software engineers, data scientists, and bioinformaticians.