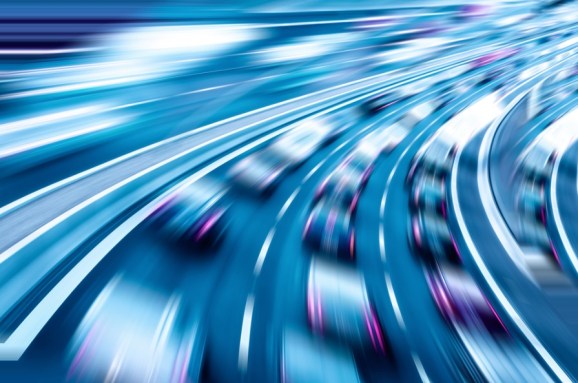 Happy New Year! 2014 will be when the Internet and technology start becoming everyone’s sci-fi dream world – or nightmare. The “shocking news” of the NSA peeping into your world was only the tip of the iceberg. As Internet connectivity expands into our clothes, bodies, and homes, the potential for intrusion by someone becomes exponentially greater. (Maybe this is a growth opportunity for the Amish and I should consider buying real estate in Lancaster, Pennsylvania.)

Before discussing my outlook for 2014, here are my own grades for last year’s predictions:

I believed that Yahoo had to go big, but they didn’t go big enough. Buying Tumblr was a good move but buying Twitter would have been EPIC! As I stated before, Yahoo really needed a mobile play and Twitter was it. Who knew it would hit a monstrous $35 billion dollar market cap? Marissa Mayer should have hired Frank Quattrone, who would have sprinkled some pixie deal dust on Dick Costolo and Twitter’s shareholders and it would have closed at $15 billion before Twitter went public. This would have shot Marissa Mayer into the top tier of women executives, bypassing Sheryl Sandberg, and allowing her to write a book called Lean In, My Way: Women, Work and the Will to Kick Ass.

Cube 3D Printers selling at Staples, MakerBot being acquired by Stratasys for $604 million in June 2013, and nearly every week offering news about 3D printing almost got me to the finish line. I still feel I’m short of a solid “A” since my parents don’t have a 3D printer, so we’re not quite at mainstream yet.

The black hole is still there, so I’m giving myself an “A-.”  Supercell and Softbank made some novas in the online gaming universe, but nothing to really disrupt the gravitational pull of this black hole.

“Quantified self space gains momentum” A

This is where I regret not being bolder and more specific in my prediction. I hid behind doubt, which was admittedly lame of me. Quantified self is everywhere and it’s running at an Olympic pace. Luckily for me, various quantified self devices simply display numeric values. If these were more interactive and able to mimic voices, at key milestones I would have my wife’s voice say, “You are fat… Have I ever met that person who was 40 lbs lighter in your college pictures? NO!”

Now, here is the 7th annual edition of my technology predictions:

SnapChat turned down Facebook’s offer. While in Asia the battleground for mobile messaging platforms is centered between Tencent’s WeChat, KaKaoTalk and NHN’s Line. Whatsapp’s active user base of 350 million is interesting, but they are simply behind on turning into a content and commerce distribution platform like the other three have become. At this stage, I don’t believe it makes sense for Facebook to acquire any of these players, especially Whatsapp. While its recent changes were a good step forward, Facebook has to launch a new mobile messaging platform that is super innovative and offers new features that will activate its massive user base who are already accessing its application via mobile, or even reactivate the dormant teen users who have stopped using Facebook. I believe this is the strategy Facebook must take to succeed – or in five years it will be irrelevant.

2. “Internet of Things” Explodes into the Mainstream

Nest’s thermostat, Fitbit’s fitness bands, Automatic Labs’ auto app, August’s smart locks, and smart appliances from Samsung and LG all are the start of the “Internet of Things” wave that will happen this year. We will see more and more of such connected devices in everyday things that we might not have expected a few years ago.

The possibility of your devices, appliances, street lamps, and other things being connected to the Internet, tracked, and their data analyzed is almost overwhelming to think about. Will all these connected things make our world more efficient? Hell yes! Smarter? Hopefully! Our world a better place? Hopefully. Happier? Probably not, but it’s still a very exciting world to look forward to.

It’s commonly said that necessity is the mother of invention, so hopefully this prediction isn’t just coming from my personal frustration in navigating both Apple and Google’s app stores. There are more than 1 million apps in Apple’s App Store and 1 million apps in Google Play, so discovering new apps on your phone is like snorkeling in a black lagoon. Whether a startup, Apple, or Google, in 2014, someone will break out with new tools and paradigms to make mobile search and discovery better.

Google’s fiber-to-the-home service has forced companies such as Comcast, Time Warner, and AT&T to rethink their monopolistic tendencies on pricing and service quality, which have kept the U.S. in the Dark Ages of broadband infrastructure. I still can’t believe I pay for 20 mbps (download speed) but rarely get above 7 mbps from my Comcast at home. And when I travel abroad and AT&T charges me $120 for 800 MB of data, consider my surprise to find out that Korea’s SK Telecom charged my colleague $10 per day for unlimited data when we visit the same countries. Do the local providers charge AT&T more, or does AT&T charge us more? I think the latter.

Google Fiber’s launch in 2012 and expansion in 2013 has begun to force these wired and wireless Internet providers to change their bad behavior of overpriced services and lack of quality infrastructure in most major cities. I don’t believe Google will take over any of these industries anytime soon, but they have been a good catalyst against the big dumb pipes in the U.S.  2014 should be a year where the incumbent providers increase their build-out of real high-speed services.

5. Rise of the Rest for Innovation and Startups

While I don’t completely subscribe to Fareed Zakaria’s “Rise of the Rest” theory from his book Post-American World and the Rise of the Rest, and instead lean towards Ruchir Sharma’s “Broken BRICs, Why the Rest Stopped Rising” thinking from his book Breakout Nations, I do think that for innovation and startups, 2014 will be a year in which the rest of the world begins to catch up. I believe Silicon Valley is unique and really cannot be replicated, but there will be significant innovations developed outside of Silicon Valley this coming year, and fewer copycats. Still, for most of these companies, to develop further they will need to move to Silicon Valley, so even Muhammad needs to come to the mountain.

What do you think about these predictions for 2014?  What else do you think will be big or change in 2014?  Please post your comments. Thank you!

Bernard Moon is cofounder and General Partner at SparkLabs Global Ventures, a new global seed-stage fund, and Co-founder of SparkLabs, a startup accelerator in Seoul, Korea. Follow him on Twitter.