LAS VEGAS — Gabe Newell has been the de facto face of PC gaming for years. But now the Valve CEO is the face of one of the greatest threats Microsoft is facing to its Windows PC business.

Valve chief Gabe Newell built up a full head of steam over how Microsoft was running the Windows gaming ecosystem. So his company, the maker of the Steam digital game distribution service (with 65 million in its community), decided to make its own Linux-based Steam Machines.

The Steam Machines are living room gaming computers aimed at preserving the openness and innovation of the PC, and they represent a potential threat to Microsoft’s decades-long grip on the Windows PC and Windows gaming.

In a rare appearance at a press conference ahead of the 2014 International CES tech trade show in Las Vegas, Newell (who also appeared at Intel’s press conference, in a sign the PC industry is embracing Steam) explained why Valve, a Bellevue, Wash.-based company with just 300 employees, has taken the trouble to create the Steam OS operating system and the Steam Controller and licensed its designs to its Steam Machine partners.

“So this has been a great year for the PC,” he began. “We’re up to 65 million accounts on Steam, we have 6 million people [simultaneously online]. I think with the holiday season just passed, we’re about 62 percent year-over-year revenue growth. My favorite statistic is that Dota 2 [the multiplayer strategy game] is bigger than Monday Night Football.”

He added, “So, why? We’re just one company in the PC space. Why are we seeing this continued growth? Why are we seeing users and games and hardware development? We attribute it to the openness of the platform. The PC is successful because we’re all benefiting from the competition with each other. If Twitter comes along, our games benefit. If Nvidia makes better graphics technology, all the games are going to shine. If we come out with a better game, people are going to buy more PCs. That has been the engine of this growth.” 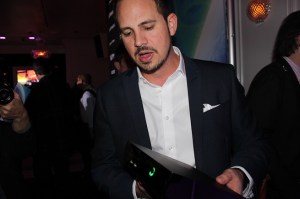 Above: Alienware’s Marc Diana shows off a Steam Machine.

Then Newell dropped the real reason for Steam.

“Now, a couple of years ago, we started to get pretty worried that maybe that openness was going to be challenged, that there was success in proprietary platforms in living rooms and in mobile, and that was going to cause the entire industry to step away from the opportunity of openness,” he said. “What can we do? We picked three things to look at. The first was thinking about user interface, the operating system, the platform side of it. We have a lot of experience with Steam. By developing Big Picture and then moving all of that on top of Linux, we’d have a platform that everybody could use.”

“The hardware that you’re used to using on an airplane is not necessarily the right form factor for what you want to have in the living room,” he said. “So there are a set of issues there that we wanted to address in terms of hardware design — we wanted to prove that they were possible and share that knowledge with partners.”

And he explained why Valve needed its own controller.

“We needed a controller design that was consistent with the interaction modes that people were going to be using in the living room,” Newell said. “That doesn’t mean that people don’t use mice, but it does mean that they have another option — one that really allows software developers to give people a great experience with that environment while continuing to give people access to all the great Internet and PC applications.”

Valve finally made its decision to move last year, developing 300 sample Steam Machines to get feedback. The Steam Machine from Falcon Northwest (a maker of high-end PCs) will range in price from $1,800 to $6,000. 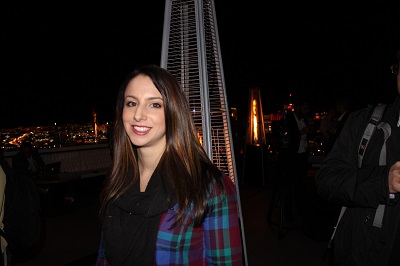 Above: Anna Sweet of Valve, one of the Steam Machine project heads.

Asked if he could beat Microsoft’s sales of 3 million Xbox One consoles in its first holiday season, Newell said, “It’s going to take a lot for them to catch up. We’re at 65 million. Part of why we think this is the right direction to go in is that we can benefit from what everything that people have already done. If I buy a game on Steam and I’m running it on Windows, I can go to one of the Steam machines and already have the game. So you benefit as a developer, you benefit as a consumer in having the PC experience extended in the living room.”

About 250 machines are running. As for Microsoft, here’s a comment that Phil Spencer, head of Microsoft Game Studios, gave us about Steam last fall: “They’ve done a great job of keeping the PC ecosystem strong at a time where I don’t mind saying that we could have been more focused on what was going on in PC gaming.”

Spencer added, “We were probably too focused purely on console. With Steam, [Valve has] done an amazing job of building this thing that, in a lot of ways, we should have been building as well at Microsoft.”

Here’s Newell’s brief explanation of the Steam Machines’ thinking at a press conference at the Ghost Bar atop the Palms Hotel in Las Vegas on Monday, ahead of the huge 2014 International CES tech trade show. Also below is an interview with Marc Diana of Dell’s Alienware on his company’s Steam Machine.