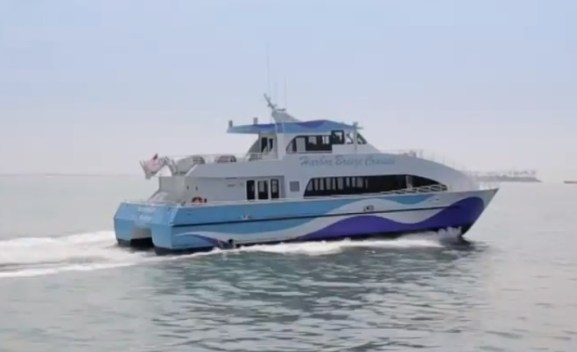 In an effort to ease growing community discontent over private tech shuttle busses running throughout the San Francisco Bay area, Google has hired a privately operated ferry, according to local media reports.

The private ferry service, launched Monday, is an apparent response to protests over Google’s use of public bus stops for its private buses — until recently without paying for the privilege — and more generally, how the private tech shuttles are negatively transforming neighborhoods in cities across the region.

Tech companies could use an image boost, as several recent posts on social media have “confirmed to many how snobbish, entitled and elitist some in the industry can be,” The San Francisco Examiner reported.

It’s unclear how launching a private ferry service would curb the impression of tech elitists, but it may well chip away at the notion that tech companies are using public infrastructure — such as bus stops — without paying for it.

“We certainly don’t want to cause any inconvenience to SF residents, and we’re trying alternative ways to get Googlers to work,” Google said in a statement.

The ferry will operate from San Francisco to Redwood City and will shuttle about 150 employees per trip, twice in the morning, and twice in the evening. The vessel — called the Triumphant — is an 83 foot catamaran that’s usually hired for whale watching and dinner and cocktail cruises.

A Redwood City-to-San Francisco ferry route has long been planned and, like Google’s pilot project, also calls for catamarans with a 150-person capacity. The primary benefits of regular ferry service along the busy commuter corridor include reducing congestion along state route 101 and providing a more direct route to certain offices, officials say.

Google’s pilot ferry project isn’t the company’s first maritime foray. Back in October, CNET discovered a then-mysterious Google Barge, which turned out to be a really fancy retail showroom.