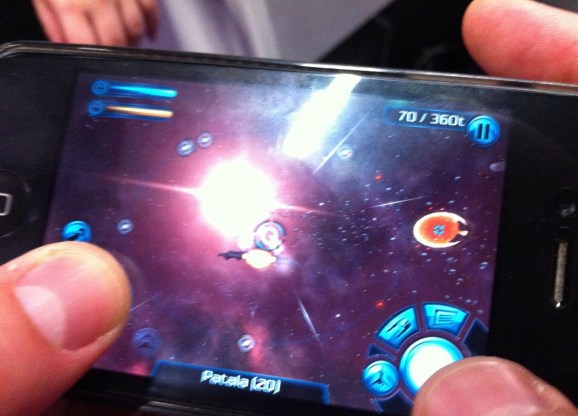 Competition over the Chinese mobile-gaming market is about to heat up.

The Alibaba Group Holding Ltd., the Amazon of China, revealed plans today to start a platform that hosts mobile games, according to Bloomberg. This will put the company in direct competition with the leader in this sector, Tencent Holdings Ltd.

China’s mobile-gaming industry was worth $1.8 million in 2013. That’s a small piece of the overall $13 billion gaming market, but mobile is the fastest growing segment. The mobile space grew at a rate of 247 percent, which is greater than analysts were predicting as recently as September.

Alibaba announced that its new platform will help promote and distribute third-party mobile games. The company formed a new unit that will focus on mobile games and digital-entertainment business.

Under Alibaba’s new mobile-gaming platform, developers will receive 70 percent of revenues. Alibaba will take 20 percent, and the company will donate the remaining 10 percent to charity, according to Alibaba’s news website, Alizila.

This gaming venture is the latest development in Alibaba’s efforts to increase its presence on mobile. The company released its mobile-messaging app in September, which competes against Tencent’s QQ app. In China and many other Asian countries, mobile gamers treat their chat programs as hubs where they keep up with friends and download games.

In addition to its chat app, Alibaba also recently introduced its Laiwang social network and its Mobile Taobao shopping app.

Mobile gaming is likely only going to get bigger and more important in China, and Alibaba doesn’t want to let Tencent walk away with it.