Offering business intelligence tools for online shops, Wunderdata touts its services as easy to use, with software that doesn’t require programming for installation.”My vision is that every employee can easily work with all relevant data”, CEO Richard Neb said. 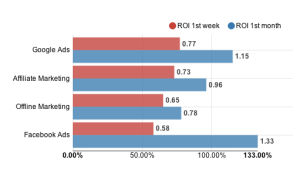 Wunderdata has received support and financing from WestTech Ventures to launch, though the startup did not reveal the terms of the investment. Headed up by Masoud Kamali and Alexander Kölpin, WestTech is an early-stage investor specialising in B2B startups.

Though the timing looks suspicious, the Wunderdata team was quick to assure that their new startup has nothing to do with the massive dismissals at Fab Europe late last year, when around one hundred staff were let go from the Berlin office. The team has been working on Wunderdata for the past five months and all three founders left the company “before the layoffs”, Neb said. The three founders are, however, taking the business intelligence skills they gained from their time at Fab to apply at Wunderdata.