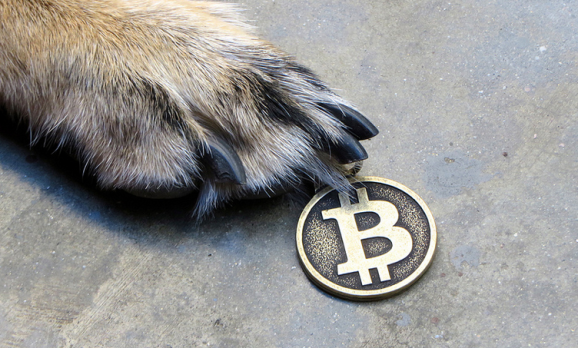 Thirty-five percent of those polled said they expect Bitcoin's popularity to nosedive.

You can now use Bitcoin to buy all the discounted bedding, jewelry, and furniture your heart desires.

Overstock.com partnered with popular Bitcoin wallet Coinbase to start accepting payments with the alternative currency. This is the largest Bitcoin merchant integration to date, and an exciting moment for those eager to push the “crypto-currency” into the mainstream.

“For the first time ever, customers can purchase a wide selection of goods with Bitcoins — from electronics to home accessories — from a trusted, branded vendor,” Coinbase said on its blog. “We believe that Bitcoin is nearing a tipping point for broad consumer adoption.”

Bitcoin experienced a meteoric rise in 2013, increasing in value from $10 per Bitcoin to a peak of $1,200 in a matter of months. At the time of publishing, Bitcoin is trading at $916 on leading exchange Mt Gox.

The digital currency was released into the wild, so to speak, in 2008, but it remained on the fringes of society, beloved by techies and those who appreciated its anonymous, decentralized nature to enable their unsavory activities.

2013 is when Bitcoin made its way into mainstream consciousness. The currency is volatile and controversial — there are those who say it is the future of money, and others who call it evil. While many more people have now heard of Bitcoin, far fewer are buying it, and even fewer are using it in regular life.

“Most people are using it like an asset right now, investing in it like gold or Google” said Adam Draper, who runs a Bitcoin startup accelerator called Boost. “Bitcoin has so much potential, and that’s why the believers are trying to facilitate its use as a currency, so people use to buy things and spread it around more.”

This is why Overstock’s acceptance of Bitcoin is such a big deal.

Overstock has been around since 1999. It pulled in over $1 billion in revenue in 2012, and it sells nearly 100,000 mainstream, everyday products on its site. The partnership is not only a validation for Bitcoin but also a political statement from Overstock’s libertarian CEO, Patrick Byrne, who told Wired that “it helps us fight the machine” of big banks and big government.

The currency’s volatility is part of what deters retailers and Bitcoin owners from accepting and spending it. The fear is that if Bitcoin is valued at one price and then drops down, the merchant loses money. Or if the price goes up, the owner would have been better off keeping their Bitcoin.

Coinbase created a set of merchant tools to deal this concern. It guarantees a certain exchange rate, and immediately cashes out that Bitcoin value and transfers it in dollars to the retailer. Coinbase assumes the risk, rather than the retailer.

There are also tangible benefits beyond “pushing the movement forward” to accepting Bitcoin. The currency eliminates credit card processing fees, so it’s much cheaper for retailers than accepting payments from Visa, MasterCard, American Express, or PayPal.