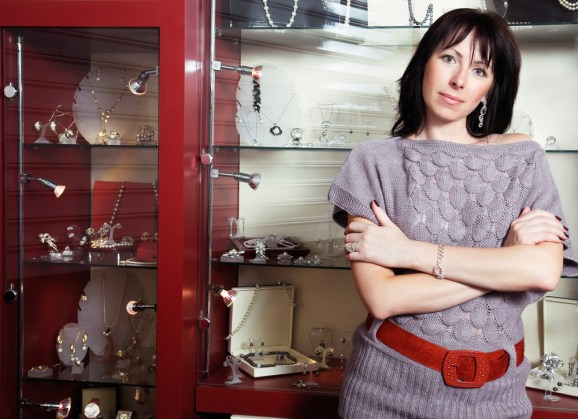 Online retail is growing at a rapid rate across the board, but some sectors are growing faster than others.

Bigcommerce published an infographic today about the industries that represent the best e-commerce opportunities for small businesses.

It found that independent retailers in auto, jewelry, toys & games, and pet care are growing faster than the corporate giants.

Bigcommerce helps small business owners create professional online stores. It analyzed nearly 50,000 of its clients’ stores over the past year and compared the results to Internet Retailer’s Top 1,000 to find the areas where small businesses are gaining ground.

Small automotive stores experienced 89% revenue growth per store, compared to 22% growth from major retailers like AutoZone and O’Reilly. This demand was largely “fueled” by demand for parts and accessories.

In the fashion world, revenue from independent jewelry and accessories vendors are outstripping large corporations. However clothing vendors experienced a 4% decline in revenue, probably due to the fact that apparel is an extremely competitive market.

Both large and small stores that sell books, music, and movies saw their sales fall.

Revolution Growth — an investment firm founded by former AOL execs Steve Case, Ted Leonsis, and Donn Davis — recently led a hefty round of funding for Bigcommerce. Case has been vocal about the “democratization of e-commerce,” which is happening as a result of technology advancements that make it quick and easy to set up a store online.

As he put it, “the bar has been lowered, and now just about anyone can jump over it.”

“The dirty little secret is this first wave of e-commerce has been dominated by a handful of giants — and, up until now, they’ve crowded out many of the independent merchants,” Case said. “The dynamic to date has been the big have gotten bigger while most others have been marginalized. The giants will continue to grow and be successful, but a big trend over the next decade will be the emergence of a network of independent merchants.”

Check out the infographic below.