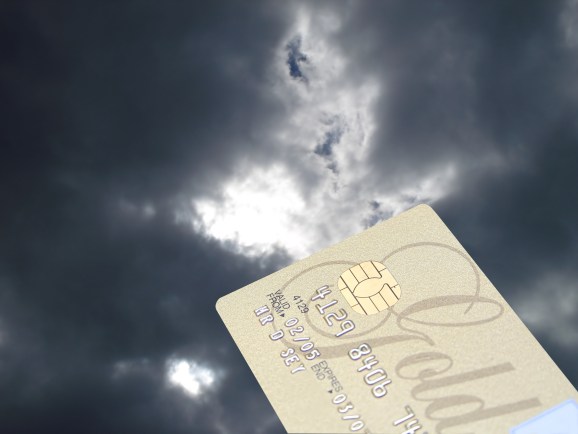 Companies are spending more and more to run their applications on public clouds, according to new figures from Cloudability, which monitors how much money people spend on Amazon Web Services and other clouds.

Cloudability customers spent $65,099 on average in a single hour, up from $21,500 an hour in December 2012, the company’s founder and chief executive, Mat Ellis, said in an interview with VentureBeat.

Ellis believes that growth will continue. “Three to four [times larger] is what we think” for December 2014, he said.

Such growth comes as many companies move beyond the testing phase and throw more of their applications onto clouds.

And as that happens, Cloudability itself has been growing, to help companies manage their cloud spend. Its revenue last year was 12 times larger than it was in 2012, Ellis said. And now it manages 15 percent of all spending on Amazon’s cloud, he said. As a result, the company has a clear view of cloud computing activity.

The growth Ellis is talking about reflects revenue gains at cloud companies. Amazon.com’s “other” revenue, which includes Amazon Web Services along with ad services and co-branded credit card agreements, rose 56 percent, from $648 million in the third quarter of 2012 to $1.01 billion in the third quarter of 2013. That’s according to Amazon’s latest earnings statement.

And Amazon isn’t the only growing cloud. Amazon’s competitors in the Infrastructure-as-a-Service (IaaS) market have reported big growth recently, including DigitalOcean and Peak.

Ellis said his company’s customers have been paying Amazon more for specialized types of virtual computing resources, including some that rely on graphics cards and others that are optimized for memory-intensive applications.

At the same time, Ellis sees large companies with many complex systems and applications becoming comfortable with public cloud deployments, although several of them have a mind toward splitting up systems across multiple clouds.

That means the cloud market won’t just have one big winner. Ellis suspects Google Compute Engine, Microsoft’s Windows Azure, ProfitBricks, and DigitalOcean stand to gain in 2014, among others. DigitalOcean in particular is “growing fast because they’re easy to deal with,” he said.

While DigitalOcean and others are unlikely to eclipse Amazon in 2014, they probably will keep getting bigger. And as long as Cloudability continues to help many companies keep on top of their cloud spend, it’s in a position to grow right alongside Amazon and the rest.