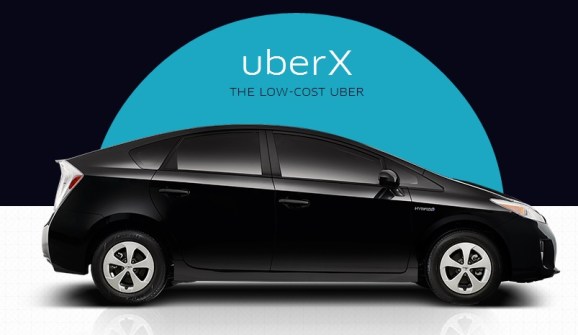 Yesterday, driving service Uber announced new, lower pricing for its low-end UberX service. That service has ordinary citizens driving others around town. The price is about 20% lower than it used to be in SF, though the exact figure varies by market.

Uber also eliminated flat-rate fares for certain routes, such as trips to the airport. But the flat-rate had winners and losers: I was a “loser” in the old model because I live closer to the airport than people on the West side of SF. For me, the new pricing means 30-50% off the old flat rate depending on traffic. That’s a very good deal. (Although still more expensive than my preferred mode of transport to SFO — BMW’s DriveNow USA.)

The new pricing will often be cheaper than taking a cab or calling on one of Uber’s primary competitors, Lyft and Sidecar. (Unless Uber has surge pricing.)

This should all be great news for consumers. In general, Uber provides a valuable service that is much more reliable, dependable, and accountable than San Francisco’s third-world cab system.

While we haven’t seen a response yet from Uber’s competitors, this should lower prices overall in the short term for consumers.

But I’m much more interested in what happens in the long term. Is Uber, a well-funded company, trying to bury competitors that have less funding?

It’s in the interests of drivers and consumers to have multiple players in the marketplace. If Uber controls all order flow, it will have total pricing power. It can charge consumers more and pay drivers less. That’s a great position for Uber to be in, but it’s not great for everyone else.

From a consumer standpoint, it’s good to use multiple apps and spread your business around so one doesn’t get market power.

Taxis CANNOT compete with Uber’s new fares. Their rates are fixed by law.

The market is a wonderful thing.

Note: Before the usual suspects call me a “hater”, note that this is a discussion of economic theory. The company loves to talk about economic theory, so I’m laying out where economic theory suggests this move will lead.