Guest combatants like Pac-Man and Klonoa seem like no-brainers in Super Smash Bros. for Nintendo 3DS and Wii U since their publisher, Namco Bandai, co-develops the brawler, but the addition of Capcom’s Mega Man means that any character has a shot of joining the roster.

Since the inclusion of Sega’s Sonic the Hedgehog and Konami’s Solid Snake in 2008′s Super Smash Bros. Brawl for the Wii, fans of Nintendo’s fighting game series have wondered what other third-party characters might show up in future installments.

After browsing through a long list of third-party games from older Nintendo consoles, we selected 10 possible contenders eager to stomp on Mario’s head. Check them out in the gallery below. 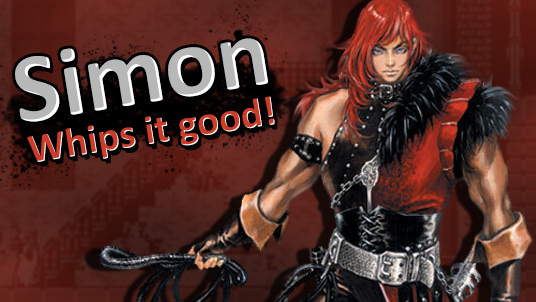 Above: Belmonts slay monsters for a living, so Simon won't hesitate to crack his whip against weirdos like Bowser, Donkey Kong, or Wario. Subweapons like the boomerang cross, throwing ax, and holy water make the vampire hunter a dangerous adversary at any distance.

What other characters would you like to see in the new Super Smash Bros.?