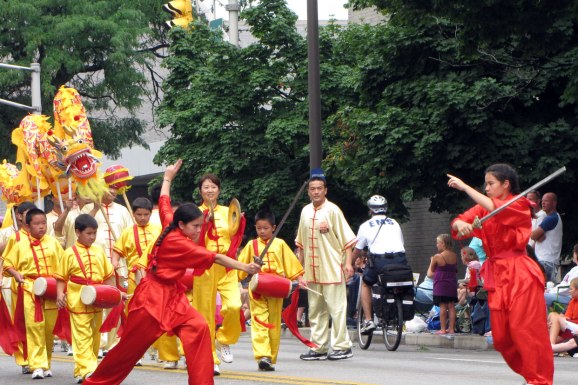 The app store market in China, like its cities, is incredibly crowded.

One of China’s leading app stores — Wandoujia — raked in $120 million in new funding today to support its strong growth and fuel its efforts to rise above that crowded market.

Wandoujia runs an Android app store featuring over a million apps, with categories for games, videos, music, and more.

It is distinguished from its many competitors by its app search engine as well as through relationships with companies like Flipboard, Path, Evernote, and the messaging app Line. All use Wandoujia to reach Chinese consumers.

“At present, Wandoujia is the only mobile Internet company in China to have developed in-app search technology to break down the barriers between apps and help users better discover content,” cofounder and CEO Junya Wang said in a statement.

China has 500 million smartphone users, with 270 million on Android. But Internet giants such as Baidu and Alibaba, not Google, drive the app market. Most Chinese Android users don’t use Google’s ecosystem within Android, meaning they don’t use Gmail, Google search, or the Play store.

This creates huge opportunities for other companies, and several hundred are trying. Around 20 of the estimated 200 Chinese Android app store are so-called “major players,” including Wandoujia and rivals AppChina, Anzhi, Gfan, Hiapk, Liqucn,Wandoujia, Eoemarket, and 91Market.

Wandoujia claims to have over 300 million users and to rank second among all Chinese Android app and content distribution channels. Its daily app downloads now exceeds 30 million, and Wang told TechinAsia last year that the store was adding 500,000 users per day.

Games are the best monetized category of apps in China by far, but other sectors such as messaging, educational apps, basic utilities, and media-sharing are gaining, which means opportunities for mobile are only getting bigger.

Wandoujia released a video search product in September and said that more than 10 million users have used the search so far, with 1.7 million “subscribing” to three million videos.