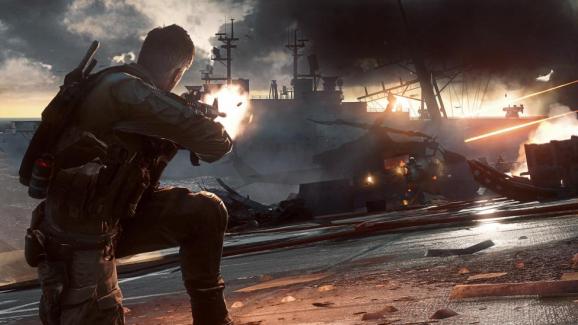 Until today, owners of Windows 8.1 PCs in Asia have been unable to play Battlefield 4 — at all. This is one of the more urgent fixes included in today’s patch.

Stability tops the list of fixes in this latest update to the PC version, with developers claiming “various fixes for improving general stability.” The Battlefield 4 website says that the patch is “rolling out” today, and we’ve contacted EA to verify when it’ll be out to all players and regions.

In addition, if anyone has been wondering how their killer had 100 percent health when they shot that !#@% five times, they finally have an answer — it’s a bug. That player’s health wasn’t showing up correctly, and it’s now been fixed. It’s just one of several potentially annoying in-game issues that should no longer appear after today’s update, including friendly markers not showing (and causing players to shoot at teammates, giving away their position) and an ammo box blocking players’ cameras when driving the main battle tank.

Finally, the balance of the online multiplayer has been adjusted, especially the speed and maneuverability of stealth and attack jets.

Electronic Arts and DICE released Battlefield 4, a big-budget first-person military shooter, Oct. 29 for last-gen consoles and PC and brought it to the Xbox One and PlayStation 4 upon their November release. They promised to deliver “moments that blur the line between game and glory,” but many gamers never got to experience any glory; instead, all they saw was a broken or unplayable game.

Since that release, DICE has been scrambling to fix BF4’s bugs and save its reputation, but two and a half months later, every version still has several bugs and glitches. A full list of today’s fixes to the PC version is below: