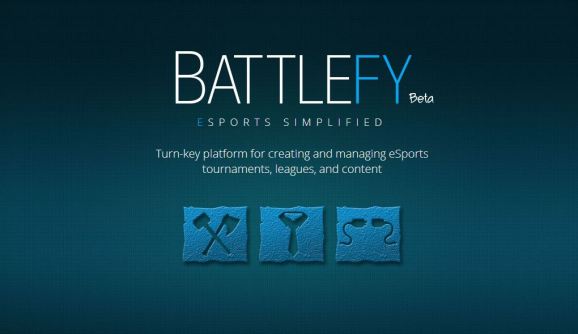 The money making potential of e-sports is starting to attract more than just game developers.

Battlefy is a logistics and management company that provides a platform to help gamers and developers set up e-sports tournaments, leagues, and content. The site is currently in beta, but it has already helped manage 600 live tournaments.

The company plans to use the influx of cash to fund further development of its platform.

“We’ve built the foundation, it’s time to build the skyscraper,” Battlefy founder Jason Xu told GamesBEat. “E-sports management begins with organized competitions, but extends to player and content management. This round allows us to extend functionality to support the rest of the management process, as well as new games. This is the 2nd stage of our journey to become the end-to-end technology solution for e-sports.”

While anxious developers are jumping into a competitive space dominated by Riot’s League of Legends, developer Valve’s Dota 2, and Blizzards StarCraft 2, Battlefy is looking to capitalize on the industry by providing the tools that make those popular leagues work — and e-sports is popular.

“I believe that e-sports is the next big entertainment and marketing investment thesis,” said Mohn. “When Riot Games can sell out Staples Center in 20 minutes so people can watch video gamers compete, something massive is happening. Battlefy is one of the few companies perfectly positioned to help make this happen and be a huge part of the success.”

Battlefy obviously has a bigger plan. Over the last year, it has focused on the tournament platform. With investments from William Morris Endeavor, one of Hollywood’s biggest talent agencies, the company is also looking hard at the possibility of providing management for the big-name players in competitive gaming.

That future is important because Battlefy isn’t making any money as of right now.

“We are not revenue generating at the moment,” said Xu. “Our revenue plan is tied to our future product roadmap, so details will be for a future release. What I can say today is our users have voiced interest in paying for add-on features, so part of our revenue stream will be premium features/services.”