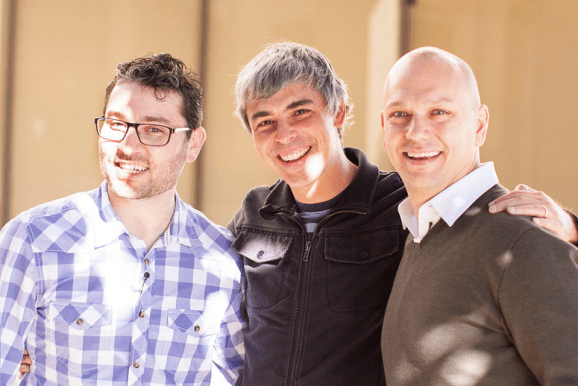 Google’s huge $3.2 billion purchase of Nest can boost the giant company’s existing products and services right away, not to mention Nest’s expansion. But the most exciting aspects of the deal come when you think about where Google could be going in the long-term.

Nest could be just a starting point for more capable applications and new ones as well, but more importantly Google can make itself into a hub for the widening Internet of things (the movement to put sensors and connect everyday household items to the web) and possibly an even smarter dispenser of advertisements based on your data.

Technology analysts whom VentureBeat has reached out to have been pointing to all of these possibilities and more.

But a little problem stands in the way of Google galloping into the most adventurous of technology providers. It’s about the Nest data. Google might not be able to get it — at least not right now.

“Our Nest privacy policy clearly limits the use of the customer information we gather to improving Nest’s products and services,” Nest founder and chief executive Tony Fadell told the BBC yesterday. “The terms of service are not going to change.”

But even if those words carry the ring of certainty, expecting Google to keep that promise might be shortsighted. As my colleague Ricardo Bilton wrote earlier today, “It would be absurdly naïve to hold Nest’s entire future to the comments it’s making on the day of its acquisition.”

So there’s room to shamelessly speculate about where Google might be heading. And we reporters and analysts can do that. But at the moment, the deal can yield some immediate perks, aside from just helping Nest grow.

For starters, picking up Nest provides Google with software and hardware skills that could help it make better inroads inside people’s homes. That notion was on the mind of technology analyst Patrick Moorhead of Moor Insights & Strategy. Moorhead elaborated on his thoughts in an email to VentureBeat:

“… [U]p to this point, [Google] have been pretty much of a failure getting into the home in any nonmobile way. There were the many iterations of Google TV and the much maligned Nexus Q, which was discontinued before it actually shipped. Nest immediately gives Google a quality consumer experience that is second only to Apple, which can help them in all elements of the connected home. Imagine the Nest experience on security systems, garage doors, door locks, energy management, and even music and TV. Google couldn’t create it themselves, and isn’t making a lot of headroom with Motorola, but [it has] with Nest.”

Moorhead also figured Google’s legions of data scientists could help Nest figure out how to make better use all the info its devices collect. “Nest was way over its head on big data,” he wrote to VentureBeat. “I would venture to say that Google has more data scientists than Nest’s employees and contractors combined. Data is one thing, but to find the related patterns between them and take suggested actions are a very different matter.”

On top of that, Google has a rising public cloud business, having made its Infrastructure-as-a-Service (IaaS) product, Google Compute Engine, generally available last month. Nest has pushed data from its devices up to Amazon.com’s widely used public cloud, Amazon Web Services. Amazon has no shortage of room for the data, but Google should be able to handle the info flow from Nest just fine, too. So at the very least, Google will be able to steal a hot business off a big competitor’s customer list.

But the real fun starts when you imagine Fadell’s firm stance on data privacy slowly eroding.