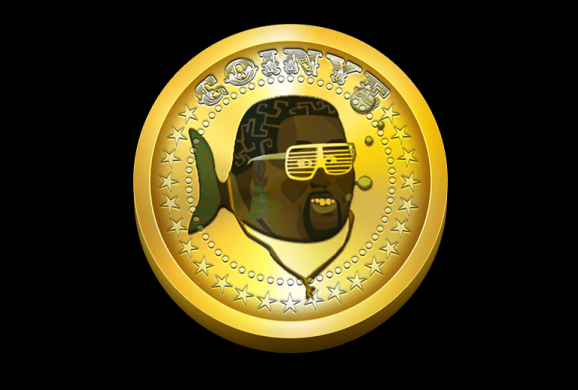 Bye, bye, Coinye. I know you’re tired of having your face on a digital coin.

Kanye West has officially shut down the Coinye project — a digital currency that operates like Bitcoin and pays obvious homage to the famous rapper. West was bound to dislike having his image used, and it’s no surprise that he sued the creators this week before they finally had enough, shelving it before its launch.

The Coinye website now reads, “Coinye is dead. You win, Kanye,” as noted by The Verge.

In an attempt to make sure the digital currency was sufficiently snuffed, West also sued those markets that were trading the coin. These included 0daycoins.com and NewChg.com. This seemed to be the tipping point for Coinye’s developers.

West’s legal counsel explained in the lawsuit that the Coinye founders were using West’s obvious notoriety as “one of the most famous entertainers and brand names in the world” for their venture.

Bitcoin, the crypto-currency that has made millionaires of some early investors, has inspired a number of spinoffs, including Coinye and Doge Coin. Dogecoin takes after another famous, albeit slightly less litigious, personality: Doge, the Shiba Inu Internet sensation from the Doge meme. The currency is available now for use as an “open-source peer-to-peer crypto-currency” and has otherwise been described as “much coin” and “so crypto.”

As far as Coinye goes, well, the world may never know just how popular it could have been.