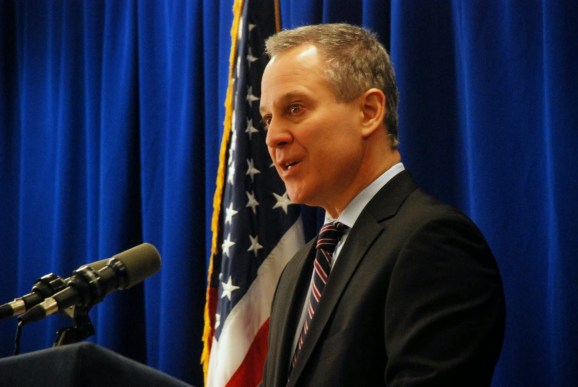 The ax is beginning to fall on patent trolls.

New York’s attorney general Eric Schneiderman reached a settlement with notorious patent troll MPHJ Technology Investments that bars the firm from sending “deceptive,” “abusive,” and threatening letters to small businesses, and requires MPHJ to pay back all the money it unfairly took.

This is not only a victory for MPHJ’s victims, but also for the fight against patent trolls in general.

“So-called ‘patent trolls’ exploit loopholes in the patent system and have become a scourge on the business community,” Schneiderman said in a statement on the MPHJ settlement. “The guidelines established in today’s settlement will put an end to some of the most abusive tactics by placing the industry on notice that these deceptive practices will not be tolerated in New York.”

Ars Technica found that MPHJ has 101 subsidiary shell corporations that it used to send upwards of 16,000 letters, telling business owners they had to pay hefty licensing fees or else get sued for patent infringement.

As part of the settlement, MPHJ must refund any licensees that received deceptive letters. The new guidelines also require a patent holder to make “a serious, good-faith effort” to determine whether a business is actually infringing on a patent before bringing an accusation. Patent holders must also explain the basis for the claim and fee in “reasonable detail,” and are prohibited from hiding their identity.

Patent assertion entities, otherwise known as patent trolls, buy up patents and use them to scare legitimate businesses into paying up, either through settlements or licensing fees.

The U.S. Patent and Trademark Office (USPTO) has issued questionable patents for years, such as those for human genes, online press releases, and hyperlinking. This opens the door for patent trolls to cry “patent infringement” in the hopes that defendants are so eager to avoid expensive lawsuits, they pay up, even if the claim is absurd.

New York is not the first state to take action against MPHJ — Vermont and Nebraska have also sued the firm and MPHJ reached a settlement last year with Minnesota.

“The settlement announced today is a major step forward in the fight against patent trolls and will help protect some of the most vulnerable targets of patent trolling activities,” Electronic Frontier Foundation attorney Daniel Nazer said. “It is extremely important that small and medium businesses that typically can’t afford expensive patent counsel not be subjected to deceptive and misleading patent letters. We hope that other law enforcers will follow New York’s lead.”

The problem with fighting this battle state-by-state is that shutting MPHJ out of one just pushes its efforts elsewhere, rather than stopping them all together. Fortunately the issue of patent reform hit the national stage last year, and amidst political stalemates and squabbling, managed to attract bipartisan support.

MPHJ actually became the first troll targeted by the FTC, and was going to bring a suit against the firm for deceptive trade practices. MPHJ audaciously responded by suing the FTC for “unlawful interference” and “threats.”

If the FTC does sue MPHJ, it will be the first time the FTC has taken direct legal action against a PAE.