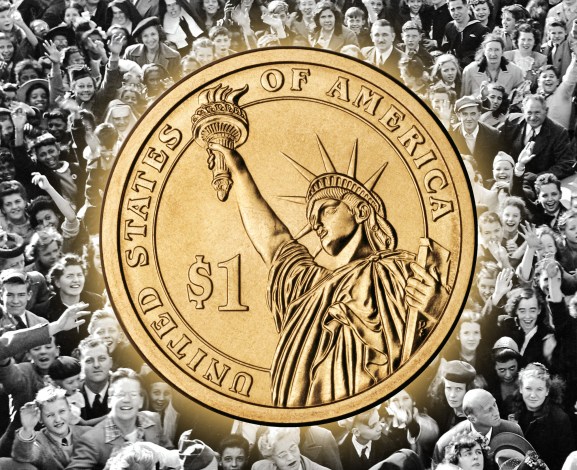 One of the arguments behind crowdfunding is that by sourcing money from the crowd, you may enforce structure and transparency on companies earlier in their lives. That, in turn, could help them to demonstrate a market for their product or service, make potentially more informed decisions, and attract follow-on investors.

While crowdfunding is still in its nascent stage, we set out to find some early signals of how it’s meeting these promises.

We conducted in-depth interviews with 87 companies that were successful in raising money via crowdfunding campaigns. The survey looked at three forms of crowdfunding: rewards, debt, and equity. Here’s what we found.

We wanted to test the hypothesis that a crowdfunding campaign can also serve as a marketing campaign. Experts regularly assert that crowdfunding increases exposure about a company and their product or service and, in doing so, leads to net new product sales.

To test this, we asked company executives about their quarter-to-quarter sales (net of crowdfunding proceeds) and this is what we found:

The results indicate that crowdfunding positively impacts sales, and those that run equity-based campaigns see the greatest quarterly increase.

Initial research from interviews revealed that the funders see themselves as “active investors” rather than passive investors in large, pubic companies and want to be “loyal to the brand” and “act as an extended sales force” with a “vested interest in the success” of their investment.

Does Crowdfunding Create Jobs in Companies That Use It?

Here we wanted to understand what companies do with the money they crowdfund.

With the average raise among all forms of crowdfunding being $111,000, it would appear that these companies may be creating quality, living wage jobs. Future research will look into how these new jobs can impact their local economies.

If only we had a dollar for every time someone said to us, “Angels and VCs will never follow a crowdfunded company that has a large number of unsophisticated investors.”

The way the world has worked in early stage investing has been fairly stable over the last 20 years. The argument is that it’s hard to manage investors, time-consuming to communicate with them, and challenging to gather their votes. (The authors understand this having run Inc. 500 companies.) The data demonstrates, however, that while some investors may be saying negative things about crowdfunding, others are using this new tool for deal flow.

Within three months of a crowdfunding campaign:

This means that a total of 71 percent of companies that were successful with crowdfunding had already received or were in conversations to accept follow on investors.

Digging deeper, we came to understand that “the crowd provided social proof” for the company or product. Their investment “de-risked follow on investment” because it “showed that people were willing to risk money for the potential return of the company.” Investors (be it crowdfunders, private money, or public markets) want to invest in companies that have a great story, a great product, a great business model, and a great team — all characteristics that successful crowdfunding campaigns seemed to demonstrate.

Is There Anything More to Crowdfunding Than Just the Money?

Crowdfunding, like all methods of raising capital, is challenging and time-consuming. So what, if any, additional benefits does a company get from it?

Interestingly enough, the responders seemed to agree that, while they primarily “went into it for the money,” what they got out of the experience of crowdfunding was “more than they expected.” Additional benefits included:

While this is preliminary research from a small data set of responders, we think the signals are strong, and our firm will continue to study of this sector in conjunction with the UC Berkeley Program on Innovation in Entrepreneurial and Social Finance that we co-founded in 2012.

We continue to believe that crowdfunding will lead to an increased number of stronger, more successful startups and SMEs. There are still unknowns and a number of challenges ahead, however. The real test will be when the full impact of equity crowdfunding goes live this year.

The full report and its key findings can be found here.

Sherwood Neiss (@woodien) and Jason Best (@CrowdCapAdvisor) helped lead the U.S. fight to legalize debt and equity based crowdfunding, and co-founded Crowdfund Capital Advisors, where they provide advisory and implementation services to investors, governments, multi-laterals, and entrepreneurs seeking to create effective strategies in this new form of early-stage finance. They co-authored Crowdfund Investing for Dummies, as well as the World Bank report Crowdfunding’s Potential for the Developing World. They are also both Entrepreneurs-In-Residence at the UC Berkeley Center for Entrepreneurship and Technology.