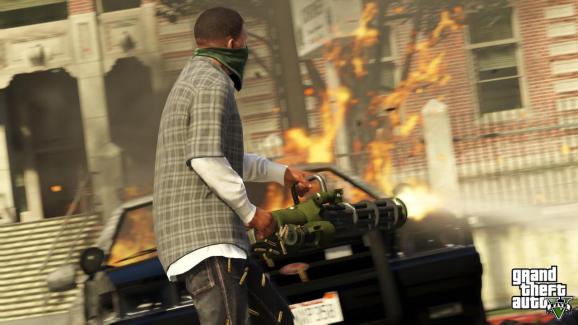 U.S. video games had a mixed picture in retail sales 2013, with overall industry sales dropping 2 percent for the year despite the introduction of the Sony PlayStation 4 and the Microsoft Xbox One. But don’t feel sorry for game companies, as the overall business saw growth when you count digital sales such as mobile and online games.

And If you add everything together from both NPD and SuperData’s info on digital sales, the total U.S. game market was $24.67 billion, compared to $23.97 billion a year earlier.

David Dennis, spokesman for Microsoft, said in an interview that the launch of the Xbox One was “fantastic” compared to past console launches.

“There were rumors of the consoles all dying, but the numbers from us and PlayStation 4 show there is a lot of interest in the next generation,” Dennis said.

It’s interesting that Disney Infinity outsold rival Activision Blizzard’s Skylanders toy-game hybrid during 2013. On the other hand, Minecraft on the Xbox 360 outsold Disney Infinity — and this doesn’t even factor in the games PC and mobile versions.

The top online games from SuperData’s list on a worldwide basis include Tencent’s CrossFire, Tencent/Riot’s League of Legends, and Nexon’s Dungeon Fighter Online.

The social games segment shrank 21 percent to $1.81 billion as social gamers shifted to mobile. And the downloadable content market for bot PC and console games was $2.87 billion, up 13 percent from a year earlier.