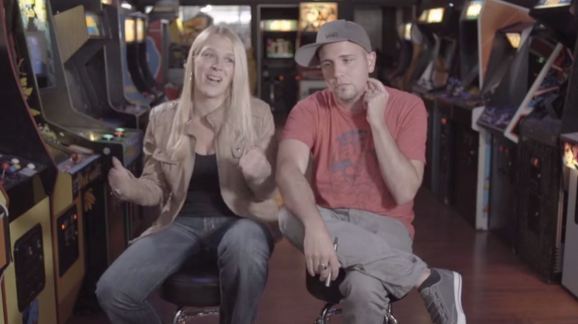 That was the mantra of the old 1UP Show, and now Area 5, the video-production company started by the folks who made that program, is gearing up for its biggest project ever. It’s called Outerlands, and it’s a six-episode documentary series that will cover a range of gaming-related topics.

“We’re just not seeing the stories we want to see out there,” Area 5 founder Matt Chandronait told GamesBeat. “And we can’t think of any better way to prove that this content is viable than to have a wildly successful Kickstarter.”

To fund production, Area 5 is turning to crowdfunding website Kickstarter. The studio is looking for $210,000 to fund the filming, travel, and the rest of the work involved with making something of this magnitude. The project is live now right here.

Area 5 is looking to celebrate gaming. The first topic plans to cover is the preservation of gaming for future generations. For the Kickstarter, the video team put together the pitch video that serves as a trailer for that episode. Check it out:

Other topics could potentially include e-sports, gaming in the military, or sex and gaming. Area 5 will enable its crowdfunding contributors to submit ideas and vote on which topics it will tackle.

While Chandronait and his team know they can produce an entire season for $210,000, they have a number of stretch goals should backers put them past that total. Those additional goals include a 100 percent original soundtrack, additional travel, and potentially a seventh episode.

That means you won’t get Outerlands one episode at a time. Area 5 wants to release the whole season as a set.

“That’s the way we like to watch content these days — just to binge-watch a whole season of something that just launched and watch it straight through,” he said. “But it’s also because we don’t want to put ourselves in a situation where we’re filming something for episode six and discover something else that is perfect for episode one.”

The 1UP Show ended in 2008 after several members of the team were part of a mass layoff by Ziff Davis Media. The main members of the 1UP Show production team quickly formed Area 5, and they have worked together on projects like Outerlands for the last five to six years.

Area 5 has produced a Street Fighter documentary, a making of documentary for The Last of US, and a livestreaming show called Co-Op.

“We feel that our experience is really going to be our biggest sell,” said Chandronait. “We feel the fact that we’ve been on our own for five years, and we’ve managed to keep the company alive while producing two feature-length documentaries and a bunch of other content for gaming developers that doesn’t even have our name on it — we’re an experienced production company that has delivered in the past.”

Area 5 is referring to this first set of six episodes as “season one,” and that’s because it wants this project to become a regular ongoing series similar to something like public radio’s long-running audio-documentary show, This American Life.

To accomplish that, it will attempt to make distribution deals with services like Netflix, Hulu, Amazon Instant Video, and more. It’s also possible that if this Kickstarter brings in an astronomical amount of money, they could even begin planning a second season immediately.

If it has to, and the first season is well received, it will return to Kickstarter to fund a second season once again with crowdfunding.

“We’ve actually tried to make this kind of content in the past [with traditional media companies],” said Chandronait. “But they just aren’t interested in it. They’ll say it’s a really good documentary but that the audience is too niche.”

For the team at Area 5, they’re hope is that a huge audience of gamers will prove just how un-niche they really are.