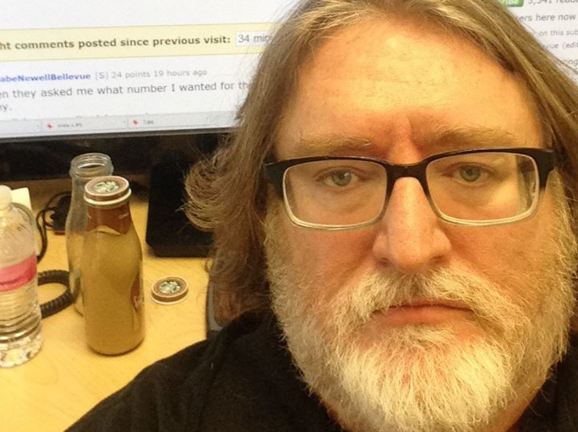 Valve is so committed to keeping its platforms open that it would let direct competition use its new operating system … or maybe it’s just not afraid of Electronic Arts.

In a Reddit thread, someone asked Newell why Valve made “something so proprietary” with the Steam Machines. This question perplexed the head of PC gaming’s biggest digital retailer.

“What part is proprietary?” Newell asked. “We’re trying to make it as open as possible. If EA wants to put Origin on [SteamOS or Steam Machines], that would be fine.”

A SteamOS-compatible version of Origin is probably not in the works. The Valve founder said he just wanted to pick an example of something that people would think his company would prohibit.

It’s an interesting example because Origin is very closed. EA controls Origin and actually removed many of its games from Steam to instead sell on its own network.

SteamOS is a Linux-based operating system that Valve is building to bring PC gaming to living-room televisions. The Steam Machine, meanwhile, is a branding term that the tech company is using for any PC that runs the SteamOS. Newell has spoken many times about his interest in keeping the PC an open platform. He is concerned that Microsoft is slowly trying to take control away from users on the Windows platform, and SteamOS is how the company is fighting back.

Of course, Valve started as a game developer. It made beloved shooters like Half-Life and Half-Life 2. When it comes to making games, the company seems focused on things that are decidedly not Half-Life 3.

“Right now, we’re into rethinking games as a connected economy of virtual goods and services — and virtual reality,” wrote Newell.

Valve’s biggest game right now is the free-to-play Dota 2, which has multiplayer teams competing in arena battles. It also has a bustling virtual-goods store and a dedicated audience of viewers on broadcasting platforms like Twitch.

Newell is also currently trying to raise money for children’s cardiac care through The Heart of Racing charity that combines auto-sports with philanthropy. To get gamers interested, Newell has promised to answer more questions when the charity reaches $500,000 in donations.