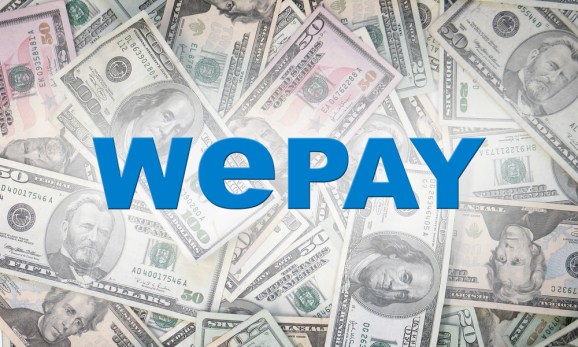 WePay has raised $15 million in its Series C financing.

WePay has outgrown its roots.

Originally designed to help friends collect money from each other online, the payments startup is shutting down its direct-to-consumer offering. It’s now focused squarely on its payments API, which powers online payments and fraud detection for crowdfunding sites, merchants, and small businesses.

Although WePay is much smaller than the eBay-owned Braintree or Stripe, two competing payments companies, it demonstrated strong growth last year, particularly in the crowdfunding market. In October, the company announced it was processing an average 648 percent more crowdfunding volume every month compared to 2012 — or up to $1.5 million daily.

And WePay has raised $15 million to continue growing throughout 2014, the company announced Thursday morning.

The Palo Alto-based company will use the new capital to continue hiring: Clerico expects his 50-strong team to grow to 75 by the end of 2014, with a focus on engineering talent. But its primary use will be international expansion.

“The hardest part of going international for us is learning how to underwrite merchants in all these different markets,” WePay CEO Bill Clerico told VentureBeat. “We’re not only facilitating payment platforms, but taking on all the fraud risk.”

Beyond the language barriers, tax and credit checks vary wildly across countries, and “it requires a lot of work” to adapt, noted Clerico. WePay uses social media data to underwrite some of it, but that requires plenty of research, too. While Yelp has a good reputation data in the U.S., for example, it’s less reliable in some other countries.

WePay has been thinking about the global market for at least nine months and is on the cusp of making some “exciting announcements” regarding international expansion, said Clerico.

Phil Purcell of Continental Investors led the $15 million funding round in WePay. Before heading Continental, Purcell cofounded the Discover Card and served as CEO of Morgan Stanley. He’ll be joining WePay’s board.

“It’s really rare that you get someone who has deep payments expertise but also has great experience in late stage and public investments,” said Clerico.